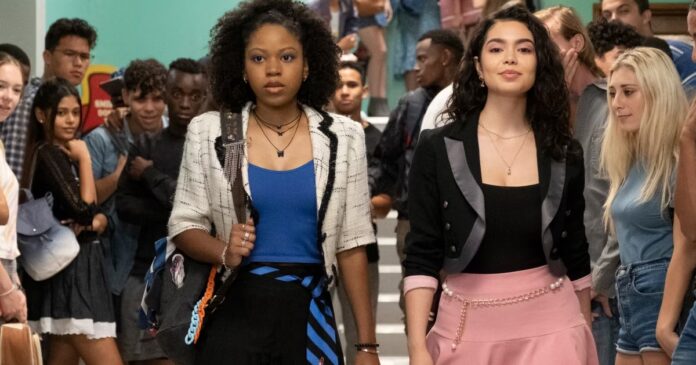 So imagine this: Haley Joel Osment’s character from The Sixth Sense as a teenager burdened with the typical high school problems: fitting in, being popular, etc. Well, that’s sorta what you get from Hulu’s upcoming teen comedy, Darby and the Dead, and this weird mash-up of ideas actually looks like quite a bit of fun.

Riele Downs stars as Darby, a girl who can see dead people and has the responsiblity of helping them move on by rectifying some lingering issue. When the school’s most popular girl dies, she comes to Darby with a proposition. She wants Darby to become popular enough that she can convince the rest of the school to throw the dead girl a “Sweet 17” birthday celebration.

Darby and the Dead hits Hulu on December 2nd.