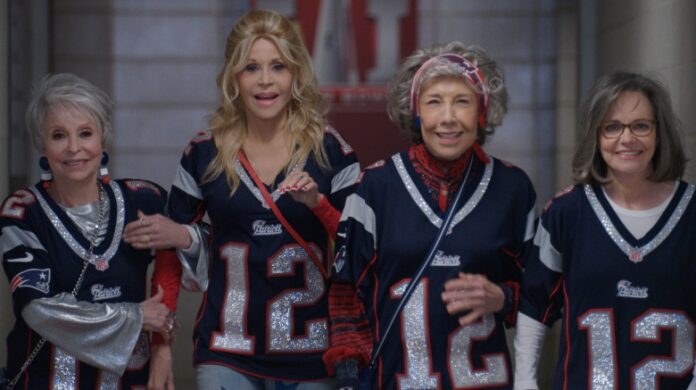 As if Tom Brady needs his ego blown up any further, there’s a movie about a group of real-life Brady superfans. And he is in it, too. 80 for Brady stars Sally Field, Lily Tomlin, Rita Moreno, and Jane Fonda play lifelong friends who travel to see Brady in action at Super Bowl LI. It was there that Brady won MVP, leading the New England Patriots to the greatest comeback victory in NFL history.

Brady not only plays himself, but he’s joined by former teammates Rob Grownkowski, Julian Edelman, and Danny Amendola.

“We’ve been part of a lot of battles together,” Brady told Variety. “We’ve never been on a movie set together, but it felt like we were back in the locker room when we were there. Anytime I get my friends involved in things that I’m doing, it makes it that much more enjoyable for me.”