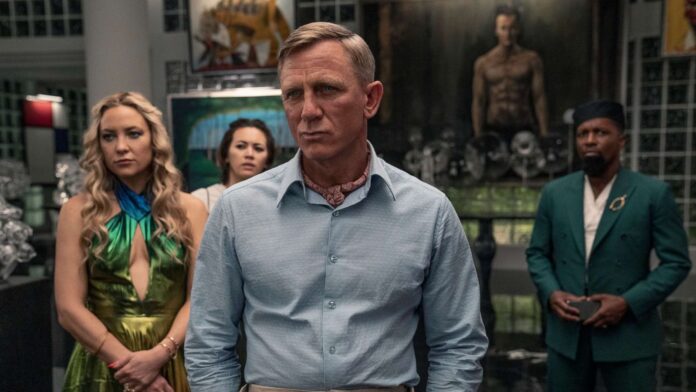 It continues to be a dominant run for Marvel/Disney and Black Panther: Wakanda Forever. The well-reviewed sequel ends the 5-day Thanksgiving holiday with $367M domestic and $675M worldwide.

On the other hand, things weren’t so good for Disney and the release of Strange World. The generally well-received sci-fi/adventure bombed with just $18.6M, and is projected to lose $147M overall. With just $28M worldwide, this is a total loser, but it was always going to be a risky gamble. Considering the gay-themed storyline, the film isn’t playing in many markets internationally. Disney knew this would happen, but stuck to their guns and I can appreciate that.

Netflix just had its best theatrical launch ever with Rian Johnson’s Glass Onion: A Knives Out Mystery‘s $13.2M over the Thanksgiving break. Numbers like these make me wonder why they decided on a one-week-only 600 theater release, when the first movie was a beloved $300M hit? What kind of bone-headed decision is that?

One of my favorite films of the year, Devotion, couldn’t get off the ground with just $9M. The Jonathan Majors/Glen Powell historical drama about the interracial friendship between the Navy’s first Black aviator and his white wingman has some eyeing Majors for a potential awards season run, but audiences clearly weren’t interested in this kind of serious movie over Thanksgiving. They wanted fun getaways, and who can really blame them for that?

Not even Steven Spielberg telling his childhood story could lure Thanksgiving audiences into theaters for anything less than a Marvel movie or a plucky detective yarn. On the plus side, The Fabelmans is sure to be a Best Picture contender and will probably get the “Oscar bounce” that comes with it.

A cannibal love story is never going to attract a huge crowd, and such was the case for Luca Guadagnino’s Bones and All. Not even the star power of Timothée Chalamet could change that. Although I suspect this one will become something of a cult favorite and could do well on the art house circuit for a while.

I can’t believe this is still around. Has it really only been six weeks??