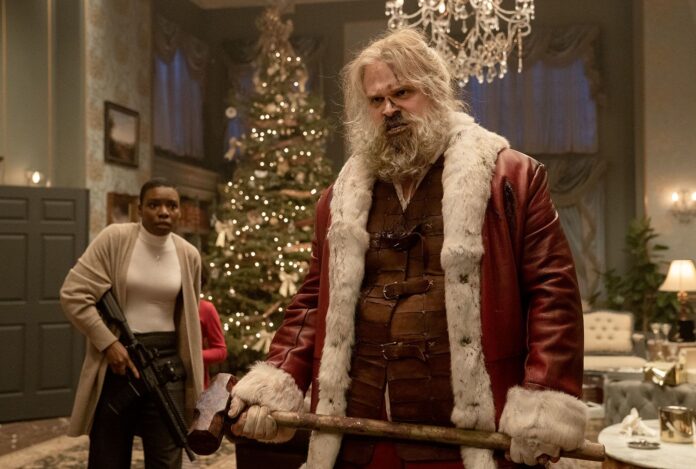 In the second slowest weekend of the year, Black Panther: Wakanda Forever took top spot again with $11.1M. The film has now crossed the $400M mark domestically, and hit $768M worldwide. Next week, Avatar: The Way of Water arrives to sink everybody.

The biggest holiday film of the season, the R-rated Violent Night, dropped just 35% in its second week as families take in the spectacle of David Harbour’s hammer-wielding Santa.

Focus Features modestly expanded Michael Showalter’s drama Spoiler Alert, starring Jim Parsons in an adaptation of Michael Ausiello’s memoir about his relationship with a terminally ill lover. It’s a strong start for a film that is getting good early reviews with a 91% Rotten Tomatoes score at this point.