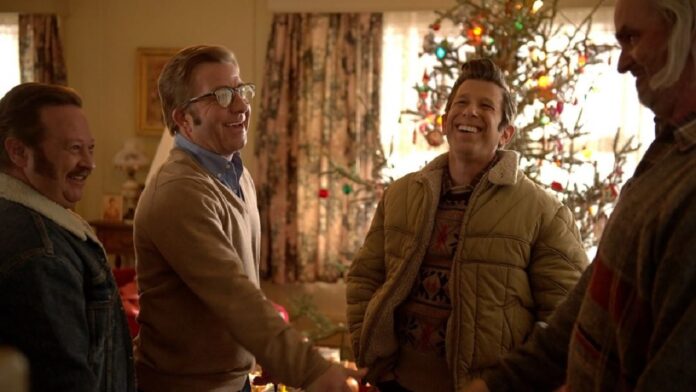 It’s the most wonderful time of year! And you know what that means? Endless A Christmas Story marathons, that’s what. Only this year, there might actually be a reason to turn away from Ralphie’s pursuit of a Red Ryder Air Rifle. A Christmas Story Christmas shows us a grown-up Ralphie who now has the responsibility of making the holidays great for his own family.

The latest trailer for A Christmas Story Christmas looks…well, like it wants to be part of the Grown Ups franchise. Initially, it’s a nostalgic kick to see Peter Billingsley back as Ralphie, wearing those familiar glasses, and joined by returning buds Scott Schwartz as Flick and RD Robb returning as Schwartz. But then it becomes a bunch of pratfalls and hijinks that totally misses what was great about the original. Sure, there was some physical comedy but the humor was in finding the little things that only happen to families during Christmas and never at any other part of the year. Christmas makes all of us a little bit crazy, after all.

But I don’t want to shit on the film before having seen it. It’s just got an incredibly large stocking to fill, y’know?

From Warner Bros. Pictures and HBO Max comes the family comedy “A Christmas Story
Christmas,” the long-awaited follow-up to annual holiday favorite, “A Christmas Story.” This time,Ralphie is all grown up and must deal with Christmas and all that comes with it…as a dad. Peter Billingsley returns to the role that has made kids of all ages anticipate Christmas morning like no other.