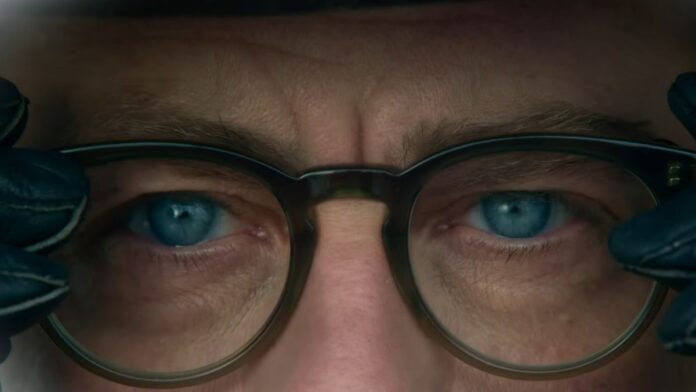 HBO accepted the double dog dare and did what few would even dare try: a sequel to the 1983 holiday classic, A Christmas Story. Not only is Peter Billingsley back as Ralphie, the kid who risked everything for a Red Ryder carbine action, 200-shot range model air rifle for Christmas, but he’s joined by the original cast.

Titled A Christmas Story Christmas, the sequel finds Ralphie Parker all grown up and with his own family to care for. This holiday season Ralphie “returns to the house on Cleveland Street to deliver his kids a magical Christmas like the one he had growing up.”

The actual teaser doesn’t include much new footage, but consists of some unforgettable quotes from the Parker clan, like “Oh fudge!”, and “Fragile! Must be Italian”! But the end reveals a close-up of adult Ralphie slipping on those familiar glasses.

Set in the ’70s, the film will see the return of Ian Petrella as Ralphie’s whiny brother Randy, Zack Ward as bully Scut Farkus, plus Scott Schwartz and R.D. Robb as best buds Flick and Schwartz. Erinn Hayes plays Ralphie’s wife, with River Drosche and Julianna Layne as their kids. Julie Hagerty has been cast as Ralphie’s mother in a role most famously played by Melinda Dillon. Darren McGavin died in 2006 so the Old Man won’t be around, and that’s something Ralphie will have to contend with, as well.

The Parker family story is based on the writings of humorist Jean Shepherd, and there have been numerous adaptations beginning in 1976. It was the 1983 film A Christmas Story that became a classic and is an annual tradition in many households. That was followed by a couple of made-for-TV movies, then by 1994 flop It Runs in the Family, and 2012’s straight-to-DVD A Christmas Story 2. All previous films are being ignored and for good reason.

‘A Christmas Story Christmas’ Trailer: Ralphie Is Back And Still Fearing Santa In New Holiday Sequel