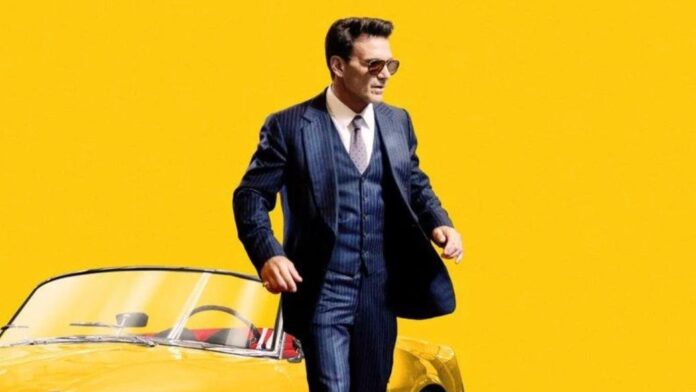 Lamborghini. Ferrari. The greatest rivalry in automotive history saw the car brands battling it out for racing dominance for years. And that rivalry continues in a different kind of way today. While Michael Mann has his Ferrari movie led by Adam Driver, there’s now also Lamborghini: The Man Behind the Legend starring Frank Grillo as Ferruccio Lamborghini.

Written and directed by Bobby Moresco, Oscar-winning co-writer of Crash, the film centers on Ferruccio Lamborghini, the man who would lead the Lamborghini brand from building tractors to designing the fastest and most luxurious cars in the world. Gabriel Byrne stars as his rival, Enzo Ferrari, while Mira Sorvino plays Lamborghini’s wife, Annita.

As you can probably tell, this isn’t the starry, big-budgeted movie that Mann is developing right now. But what Lamborghini has is Grillo in a rare opportunity at a legit leading drama role, and he looks good in the part.

The film has been in the works since 2015, and once had Antonion Banderas and Alec Baldwin attached to play Lamborgini and Ferrari, respectively.  Michael Radford was originally meant to direct until he dropped out and Moresco took over.

Lamborghini: The Man Behind the Legend hits select theaters and digital on November 18th.

Featuring Oscar winners Mira Sorvino and the screenwriter of Crash, this thrilling, high-speed biopic tells the story of genius auto inventor Ferruccio Lamborghini (Frank Grillo, “Kingdom,” “Boss Level”). All his life Ferruccio has dreamed of beating his longtime rival Enzo Ferrari (Gabriel Byrne, “War of the Worlds”)—and the upcoming Geneva Grand Prix could be his chance to blow past Ferrari for good. But can Ferruccio get his untested vehicle prepped for victory with the competition just months away? The race is on!