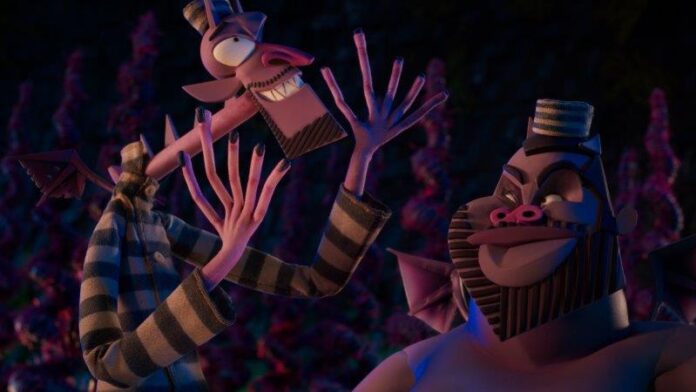 Tis the season for fun and spooky movies. Halloween is the “most lovely time of the year,” in the words of my child, since it allows us to celebrate everything that scares us witless and goes bump in the night. The year 2022 has already produced some fantastic films that have elevated the genre, like X and Smile, but although being excellent, those movies are too gruesome for younger audiences who adore the genre. Kids occasionally want to celebrate the terrifying world as well. In their newest film, Wendell & Wild, Netflix has your back and enlisted some big names to create an enjoyable family film that entertains, terrifies, and informs.

Who doesn’t love Coraline and The Nightmare Before Christmas? Who doesn’t love Key & Peele? OK now let’s mix them together for Wendell & Wild. Director Henry Selick who returns to directing for the first time since 2009’s Coraline teams up with Jordan Peele to deliver an interesting story about demons, amusement parks, gentrification, and…. private prison reform?

Written by both Peele (who does not seem to be stopping anytime soon) and Selick, Wendell & Wild follows three different characters. Kat (Lyric Ross AKA Deja from This Is Us) serves as our primary character, and has sadly had a difficult childhood. Her parents’ fatal accident death, which she blames on herself, sets off a downward spiral for not only her but also for the community in which she lives. Kat, who was raised as an orphan and has since turned rebellious, was sent to a girls’ home run by the church to help her get her act together. Wendell (Keegan-Michael Key) and Wild (Jordan Peele), two demon siblings, are sick of living in the underworld and their only station in life is helping their demon father Buffalo Belzer (Ving Rhames) maintain his sedentary lifestyle. They have ambitions to leave the afterlife and move to the living world so that they can… build their own amusement park??? Yeah, the plot gets weird, but it makes sense and is entertaining.

First things first: Key and Peele are back together at last! Since ending their criminally underrated sketch comedy show Key & Peele, the hilarious pair has explored new ground on their own. Keegan-Michael Key has continued to work in comedy and has been in a number of movies and TV shows, while Jordan Peele has evolved into an Oscar-winning social commentary horror director who has now practically created his own genre. Even though it’s voice acting for an animated movie, it’s great to see the two of them once again together, and they haven’t missed a beat. Their comedic timing is as impeccable as ever.

In Wendell & Wild, the two demons discover that the hair crème that they use to keep their father’s thinning hair in place not only gives them a euphoric hallucinogenic high, but also has the power to resurrect the dead. They have to first test it on someone in the land of the living. This is where Kat comes in. Kat is revealed to be a “Hellmaiden” and has the ability to summon demons to the realm of the living. After striking a deceitful bargain with the two demons, they now are in the land of the living, but the two demons have other plans. They still want to build their amusement park. They must break their agreement with Kat in order to work with a tycoon who looks disturbingly just like Donald Trump and wants to develop a massive private prison in Kat’s now-defunct hometown of Rust Belt. Instead of resurrecting Kat’s parents like asked, they need to resurrect dead city council members who will cosign a bill to build the private prison.

And this is when Jordan Peel’s razor-sharp social critique really shines. Wendell & Wild is a humorous film about silly demons who want to establish an amusement park, but it also educates the audience about the influence of corruption, the negative effects of private prisons in America, and the school-to-prison pipeline, particularly as it affects young black children. Having Kat (a young alternative green-haired black girl) serve as our heroine, Wendell & Wild puts a unique face on a problem that disproportionally affects young people of color. While this may go over some of the younger kids’ heads as they watch the film, their parents can walk away with a better understanding and may even share it with their children as well.

Henry Selick’s stop-motion directing in Wendell & Wild is as great as ever. The film is visually amazing and takes the audience back to the breathtaking aesthetic of his past films. In addition to the visuals, a great supporting cast rounds the film out, including Angela Bassett, James Hong, Tantoo Cardinal, Gabrielle Gatewood, and Gary Gatewood. While Wendell & Wild does gear toward a happy and cheesy ending, it’s a very fun ride that explores grief, politics, and the need for prison reform while also having some great jokes about farts, hair crème, and hallucinogens. Overall, this is a perfect and fun Halloween movie for the family to watch before they go trick or treating.

Wendell & Wild is playing in select theaters and premieres on Netflix on October 28th.