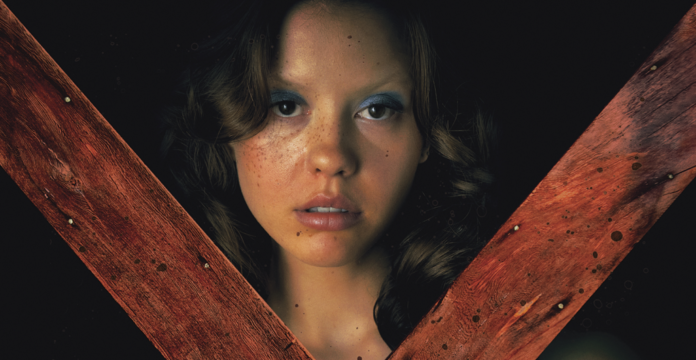 The quickest horror trilogy ever is right around the corner. Ti West, who released the throwback horror X mere months ago, and debuts its prequel Pearl this weekend, has already completed the third chapter, titled MaXXXine.

Mia Goth returns as Maxine, making this her third bite of the horror franchise’s apple. The story picks up after the events of X, as Maxine tries to cope with every gruesome thing that’s happened, while also attempting to launch her acting career in the ’80s. How do you think that’ll go? Bloody, most likely.

The film follows Maxine (Goth), after the events of X, as the sole survivor who continues her journey towards fame setting out to make it as an actress in 1980s Los Angeles.

MaXXXine has yet to get a firm release date, but with Pearl opening on September 16th I wouldn’t be surprised if we find out in a matter of days.

I loved X and can’t wait to screen Pearl later tonight. If it holds up we could be looking at one of the best horror trilogies in ages.