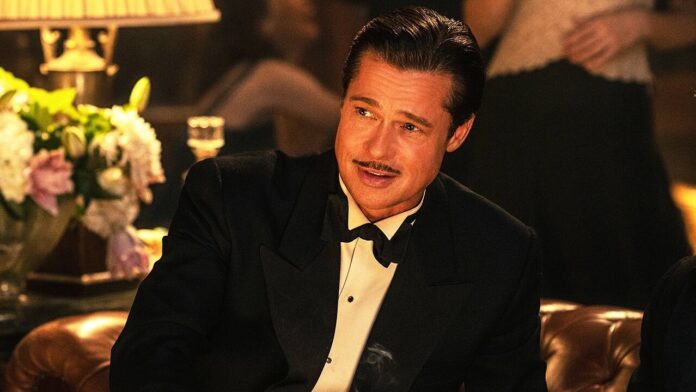 Through just four features, Damien Chazelle has become synonymous with awards season. Whiplash, La La Land, and First Man were all major players and the same is certain to be true for his latest, Babylon, a Golden Age Hollywood drama with a cast to match.

But there’s one name you might not have heard of and that’s Narcos: Mexico actor Diego Calva, who actually takes lead in the story set in the 1920s as Hollywood shifts from silent films to talkies. Here’s the official synopsis:

From Damien Chazelle, BABYLON is an original epic set in 1920s Los Angeles led by Brad Pitt, Margot Robbie and Diego Calva, with an ensemble cast including Jovan Adepo, Li Jun Li and Jean Smart. A tale of outsized ambition and outrageous excess, it traces the rise and fall of multiple characters during an era of unbridled decadence and depravity in early Hollywood.

Babylon opens in theaters on Christmas Day, before going wide on January 6th. Check out the trailer below and new character posters here.