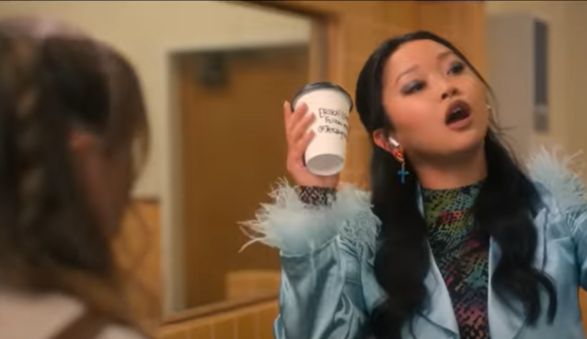 I’ve said it before and I’ll say it again, Netflix needs to officially mark their niche as mid-budget comedy and action films and shows. Forget the high-budget blockbusters, while they have had some success with films like Extraction and The Old Guard you have to wonder if the juice is worth the squeeze. With a series like the upcoming Boo, Bitch you almost can’t lose.

Lana Condor, who seems to be the poster child for Netflix teen comedy/romance films, stars in Boo, Bitch which, despite the unique title is a somewhat standard high school comedy with a twist. Condor stars as Erika Vu, a teen who’s always lived her life by the rules and stayed inside the lines. After a tragedy she seizes a chance to change her ways and live life loud. Full transparency, this isn’t my rodeo, that being said it does look like fun and those that were fans of Condor’s other Netflix work in the To All the Boys series are sure to find something to enjoy in the series when it premiers on July 8th, 2022. My wife is one of those fans, so I made sure to check with her and she confirms, it’s “up her alley”.

Check out the trailer below and make sure to check out Boo Bitch on Netflix, July 8th, 2022.