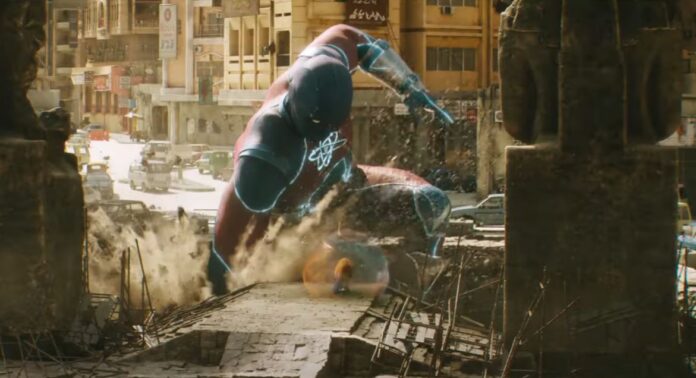 WOW. Just wow. I was excited for Black Adam, but only in the way that I’m excited for every new superhero property that comes out, then I watched this second trailer. Now, not only am I already a fan of Shazam’s long time arch-frenemy but I’m going to go ahead and put myself down for the Justice Society of America fan club. The JSA always seemed like a second rate JLA, or at best, the beta version of the Justice League but watching them throw down with Black Adam here has me clamoring for more.

The second trailer takes on most of the notes of the first clip we saw, Black Adam wakes up from a long sleep, is mad that his son sacrificed his life to save him and now he wants revenge. It’s in the second half that things change, and we see that the JSA is brought in by none other then the Suicide Squad’s Amanda Waller to facilitate a peaceful surrender of the demi-god.

My only concern is the obviously layer of 80s action hero cheese that Dwayne Johnson is demonstrating. Perfect example in this trailer:

It could end up working but if it’s too prevalent I feel like it could really take you out of the action.

Anyway, enough babbling, check out the trailer and character posters below and look for Black Adam in theaters on October 20th, 2022

A new era of the Justice Society has begun. #BlackAdam pic.twitter.com/6Q7kYEqvx9

From New Line Cinema, Dwayne Johnson stars in the action adventure Black Adam. The first-ever feature film to explore the story of the DC Super Hero comes to the big screen under the direction of Jaume Collet-Serra (“Jungle Cruise”). Nearly 5,000 years after he was bestowed with the almighty powers of the ancient gods— and imprisoned just as quickly—Black Adam (Johnson) is freed from his earthly tomb, ready to unleash his unique form of justice on the modern world