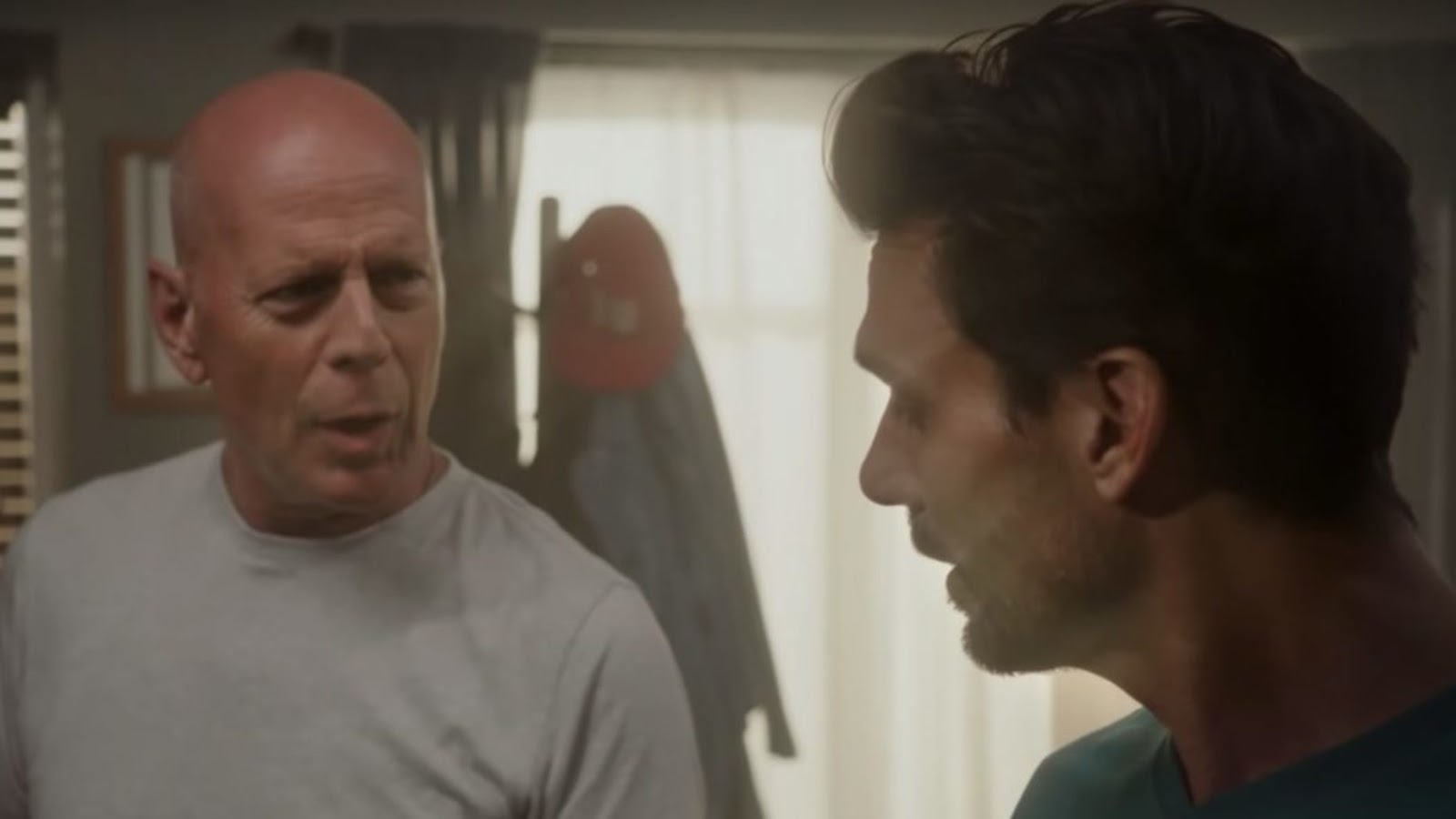 I’m willing to accept that Bruce Willis will sleepwalk his way through pretty much every movie he’s in now, even something like Death Wish. I’m not willing to accept him as the tough guy in a movie that stars Frank Grillo as a family man and bank manager. Nah, those roles should be reversed, but unfortunately that’s not what we get in Reprisal, a crime thriller that looks kinda awful, and yet it has me intrigued.

Directed by Brian Miller, the film finds Grillo as a bank manager haunted by a violent heist that got one of his employees killed. The criminal got away, so he turns to his neighbor (Willis), an ex-cop, to catch the bad guy (Johnathon Schaech) who stays one step ahead of them.

On paper this could be a lot of fun. Ridiculous? Absolutely, but I wouldn’t have it any other way with this cast.  Reprisal hits theaters and VOD on August 31st via Lionsgate Premiere.