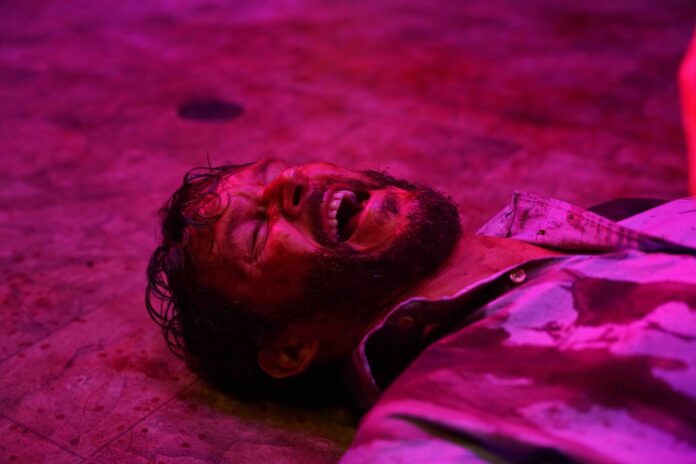 If you need a reason to add Shudder as yet another subscription service, how’s this: Glorious stars JK Simmons as the voice of a monster god that resides in a glory hole in a rest area bathroom stall.

You read that right.

The Oscar-winning actor voices the Lovecraftian glory hole god monster in the new horror-comedy by Rebekah McKendry (Tales of Halloween). Also starring is True Blood‘s Ryan Kwanten as a down-on-his-luck, hungover due who starts up a chit-chat with the creature. It can only get weirder from there.

Glorious follows as, spiraling out after a bad breakup, Wes (Ryan Kwanten) ends up at a remote rest stop miles away from civilization. His situation worsens after he finds himself locked inside the bathroom with a mysterious figure (J.K. Simmons) speaking to him from an adjacent stall. As Wes tries to escape, he finds himself an unwilling player in a situation bigger and more terrible than he could possibly imagine…