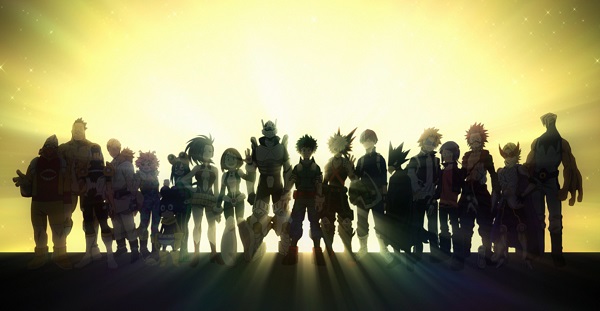 For the uninitiated, in the world of My Hero Academia (the insanely popular manga and anime series) 80% of the world’s people are born with “quirks,” basically superpowers, which leads the population to be full of heroes and villains alike.  Industries and education in centered on the idea of people becoming heroes to face off against those who would use their quirks for evil deeds.  Our hero is a young boy named Izuku “Deku” Midoriya, who although was one of the 20% of the population that doesn’t have a quirk, he has dedicated his life to becoming a hero.  His often selfless acts of heroism (think skinny Steve Rogers before he got the super-soldier serum) gained him the attention of the most famous hero in the world, All Might, who takes him under his wing to learn to become a hero.  Slowly but surely, we learn that All Might has a specialized quirk called “One For All,” which can be passed down from person to person, and Deku is gifted with One For All and helps him enroll at U.A. High School, a school that specializes in training heroes. 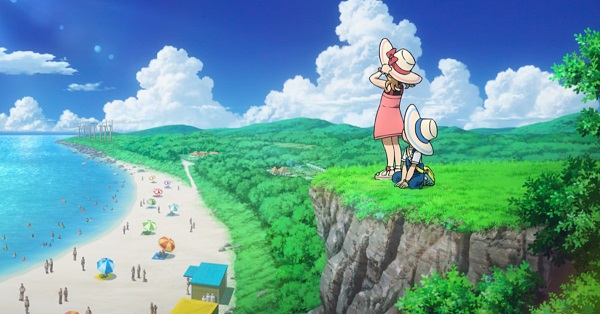 Usually while at U.A. High, the students would face off against each other in competitions (especially between Deku and childhood “frenemy” Katsuki Bakugo) and occasionally against other supervillains, but they always had help from All Might and the faculty of U.A. High School.  However, in My Hero Academia: Heroes Rising, they are out on their own as they are on assignment stationed on the peaceful island of Nabu.  For the most part, it’s pretty lax.  The heroes in training are helping old ladies walk across the street, working as lifeguards at the beach, find missing animals, and other pretty mundane tasks.  That all changes when a group of supervillains led by a new bad guy named Nine arrives on the island.  Nine’s quirk is unique to many others in the My Hero Academia world as he has the ability to not only steal other people’s quirks (rendering them powerless), but he can also then use their quirks himself.  While we don’t get to see him using nine quirks, his name suggests that that’s his capacity.  Using these quirks at length drains him of his strength, so he has his sights on a young child with the quirk of a regenerative healing factor ala Wolverine.  Think of him as Sylar from NBC’s Heroes, and the child in the cheerleader whose power he needs to be unstoppable.  But not if Deku, Katsuki, and the rest of the U.A. High heroes in training have anything to say about it!  Unfortunately for them, Nine and his gang of villains are more than a match for them, and without the help of the grownups, they will have to fend for themselves. 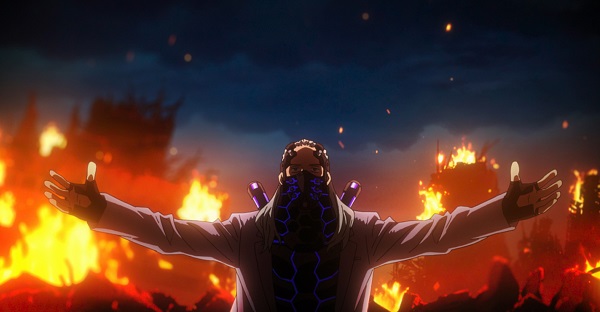 Even though My Hero Academia: Heroes Uprising begins with the usual intro from the anime, the film is quite confusing, even for those who are up to date on the anime (I myself am a few seasons behind) as all these events of My Hero Academia: Heroes Rising takes place after the current season of the show.  Fans of the manga will probably have a better time understanding where everything is timeline-wise.  For example, Hawk is a character that’s barely been in the anime, but he plays a role in how things shape up in the movie.  That doesn’t mean the self-contained story isn’t a great deal of fun, entertaining, and exciting fan service.  Plenty of fan-favorites get a chance to shine as the young high schoolers step up to keep the island safe from the invaders, and fight as a team X-Men-style very effectively.

Just like the anime, the movie is at its best when it pits Deku against Bakugo.  They continue their bromance as Deku wants to be the best hero to help people, a Bakugo wants to be the best hero for glory, and as always, Bakugo is ever so competitive.  Towards the end of the film, the duo has to once again put differences aside and work together to face off against Nine and his compatriots.  Speaking of the battle, it was beyond epic.  No big spoilers here, but it was very satisfying as every member of the U.A. High school class gets a chance to use their quirks to their fullest capacity and work dynamically as a team to defeat Nine’s gang and they prove that they are no longer little kids, but ready for the big time.  Speaking of his gang, the supporting bad guys’ powers were just as interesting as Nines.  One has the ability to make everything get wrapped in cloth and then he can control it as drones (as long as it wasn’t living), another is basically Marvel’s Medusa, but her hair is razor-sharp like knives, and the final guy is basically the most over-powered Fenris ever and it takes pretty much all of the class to try and take him down.  As stated before, the action is epic and very well done! 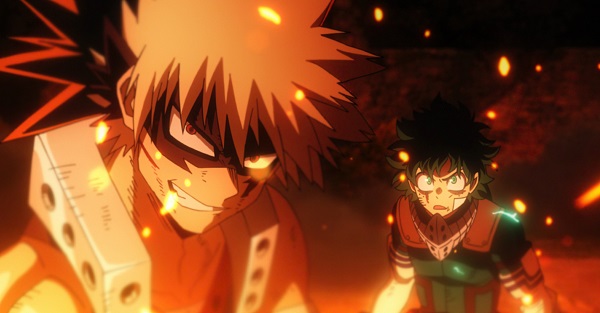 While My Hero Academia: Heroes Rising took about a half-hour to really get going, it never feels “long” as there isn’t really any time to lull down.  Even after a big battle, the U.A. students still need to do other things, planning, saving people, and getting ready for the next showdown.  The battle scene make excellent use of animation and are never confusing on what’s going on in the action, and there’s plenty of action, no staring at each other for 15 minutes, just getting straight to the nitty-gritty.  Fans of the manga and anime will love it, and neophytes like myself will once again get hooked and have to tune in now to continue seeing this expertly made world, whether you watch it in the English-dub or with subtitles!