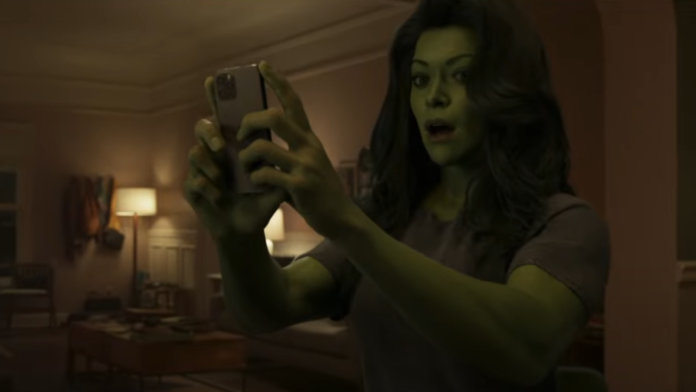 If you were one of those who hit up Marvel’s Disney+ booth here at San Diego Comic-Con, then you likely received a gift bag with a big green surprise. A new poster for the She-Hulk: Attorney at Law series, featuring Tatiana Maslany as Jen Walters aka She-Hulk.

The image, which is almost totally green, features a clever caption like the ones you’d see in those attorney at law commercials on TV: “I go green, so you can get green.” There’s also a working phone number that when dialed takes you to the superhero law division at firm GLK&H.

Joining Maslany in the cast are Mark Ruffalo as Bruce Banner/The Hulk, Jameela Jamil as Titania, plus Ginger Gonzaga, Renee Elise Goldsberry, and Tim Roth as the Abomination.

Cinema Royale: How Sensational Is ‘She-Hulk: Attorney At Law’?