Home TV Amazon Prime A Powerful Evil is Brewing in the SDCC Trailer for ‘The Lord...
Facebook
Twitter 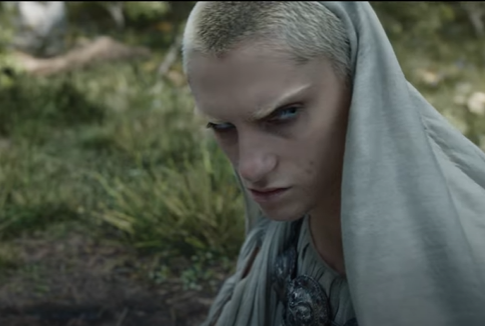 It’s Comic-Con week which means a slew of awesome new trailers is coming! This afternoon we got a look at a new trailer for the upcoming Prime Video series The Lord of the Rings: The Rings of Power.

I was never a huge LotR fan, I fully appreciate the depth and wonder of the story and the cinematic achievements of the films but it just never really resonated with me the way I see it does for others. Needless to say I wasn’t exactly counting the seconds until the premier of this show….then I watched this trailer, now you can count me amongst the faithful. The primary plot of the series will follow the events leading up to the creation of the rings of power in response to the threat posed by Sauron which certainly sounds interesting. I mean the 5 minute flashback where the existence of the rings is explained in The Lord of the Rings: The Fellowship of the Ring was always one of my favorite parts of that first trilogy. Now that we have a better look at what to expect from the full recounting of that tale words like epic spring to mind.

The first thing that really popped to me was just how expensive it looks. That shouldn’t be surprising, especially considering that the budget for the show made headlines all over when it was first announced, but it’s possible to spend all the money and have it not reflect on screen. That is certainly not the case here. Expansive vistas, intricate castles, populated cities and undetectable CGI is all on display in the three minute clip. The thing that has me most excited though is the tone. Sauron has always been a scary fella but parts of the trailer feel like they are ripped straight from a horror movie.

Check out the trailer below and look for The Lord of the Rings: The Rings of Power September 2nd on Prime Video

Prime Video’s The Lord of the Rings: The Rings of Power brings to screens for the very first time the heroic legends of the fabled Second Age of Middle-earth’s history. This epic drama is set thousands of years before the events of J.R.R. Tolkien’s The Hobbit and The Lord of the Rings, and will take viewers back to an era in which great powers were forged, kingdoms rose to glory and fell to ruin, unlikely heroes were tested, hope hung by the finest of threads, and the greatest villain that ever flowed from Tolkien’s pen threatened to cover all the world in darkness. Beginning in a time of relative peace, the series follows an ensemble cast of characters, both familiar and new, as they confront the long-feared re-emergence of evil to Middle-earth. From the darkest depths of the Misty Mountains, to the majestic forests of the elf-capital of Lindon, to the breathtaking island kingdom of Númenor, to the furthest reaches of the map, these kingdoms and characters will carve out legacies that live on long after they are gone.