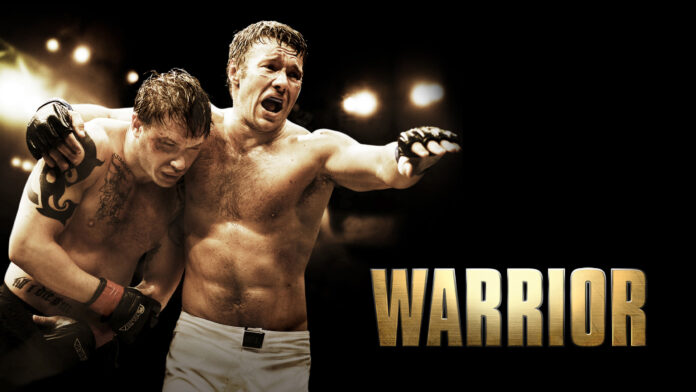 I think we have too easily forgotten how great Gavin O’Connor‘s 2011 MMA film Warrior truly was. Led by Tom Hardy and Joel Edgerton, the duo played brothers who battled it out both inside and outside the octagon. The film was both realistic in its depiction of competitive combat sports and sibling relationships. And while it didn’t bust the bank at the box office, it certainly became a cult favorite. Now, it will also be a streaming series on Paramount+.

Deadline reports that O’Connor and Lionsgate have set a Warrior series to stream on Paramount+. Not only that, but the show will star Gina Rodriguez and ex-UFC Light Heavyweight and Heavyweight Champion Dan Cormier. O’Connor, who also directed The Accountant, Miracle, and The Way Back, plans to helm all ten episodes of the ongoing series, while also acting as showrunner and co-writer with Adair Cole, who had a major impact on the project moving forward.

“Over the years, I’d been approached by Lionsgate to do Warrior as a TV series, and I honestly was never interested,” O’Connor told Deadline. “Over the pandemic, I was in a different frame of mind, and they said, ‘Someone came in with an interesting take, Adair Cole,’ and I listened to it and liked it. There was some really interesting stuff in there. I started sketching out characters, expounding what he had and gene splicing things and I called him after the holidays and said, ‘I’m in. I think I want to do this.’ We started figuring out the characters. The thing I said to Adair and Lionsgate which wasn’t in the pitch, is that this is about the life fight.”

“It’s really ambitious, part family drama, sports saga, definitely social commentary, in each character’s life fight,” O’Connor continued. “We’re dealing with mental health, grief, poverty, drugs and gambling. If we get it right, we’ll be celebrating each character’s journey to redemption against astronomical odds they have to overcome, inside the cage and outside it. It’s a big swing, emotionally and physically, but deeply intimate with the characters.”

Rodriguez will play Jessica Flores, a woman who wants to build her own legacy as a fighter that’s separate from that of her successful husband and father. Cormier will play a single father who takes up fighting to pay off the medical debts of his late wife who died of cancer. The series will follow four fighters, two men and two women, so this will not be a direct adaptation of the movie.

‘I Want You Back’ Trailer: Jenny Slate And Charlie Day Scheme To Win Their Exes Back