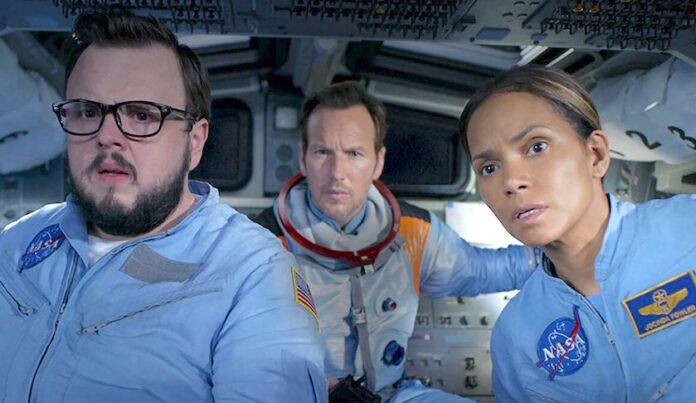 Roland Emmerich and the word “apocalyptic” just go hand-in-hand. Whatever you think about the director, his style of disaster flick has been bangin’ out huge box offices for years. I mean, shit, even when he made 2011’s Anonymous, a movie about William Shakespeare, it was to do catastrophic damage to the playwright’s reputation! But he’s back in typically planet-destroying form with his latest, Moonfall.

Starring Halle Berry and Patrick Wilson, the film centers on two astronauts who must save the world when the moon is knocked off its axis (Oops!!!) and begins hurtling towards Earth. Game of Thrones actor John Bradley plays a conspiracy theorist along for the ride, because every world-saving mission needs one of those.

This looks ridiculous in all of the ways I want an Emmerich movie to be. I think that was one reason I despised Midway so much; it took a real battle and made it look like just another of Emmerich’s silly disaster movies. I’d much rather he do stuff like this that is completely fictional…for now.