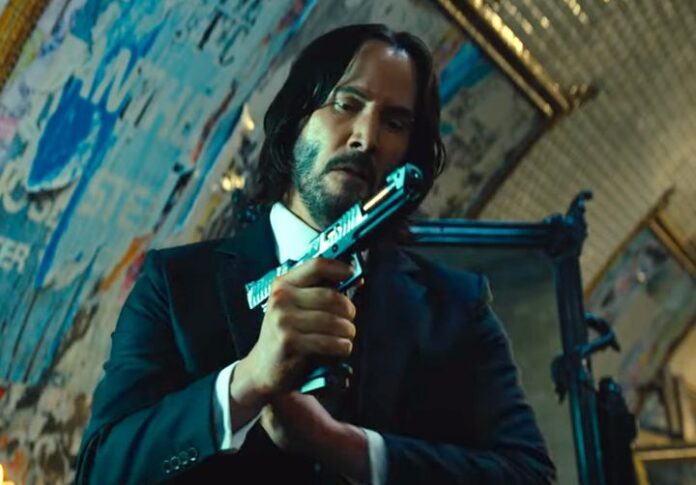 It’s been nearly four months since the first trailer for John Wick: Chapter 4 debuted at Comic-Con. That’s way too long to go without something of Keanu Reeves’ legendary assassin. Fortunately, Lionsgate has dropped a new trailer teasing Wick’s worldwide battle against the High Table.

The previous film saw Wick agreeing to team up with Laurence Fishburne’s The Bowery King to take on the High Table. And this is a fight that will stretch well beyond NYC’s borders and into global terrain.

Any time there’s a new John Wick film it’s worth getting excited about, but for us action die-hards the promise of Reeves throwing down against the great Donnie Yen is just too delicious. Also in the cast are Ian McShane and Lance Reddick, reprising their previous roles, plus Bill Skarsgård, Clancy Brown, Marko Zaror, Scott Adkins, Hiroyuki Sanada, Shamier Anderson, and Rina Sawayama.

John Wick (Keanu Reeves) uncovers a path to defeating the High Table. But before he can earn his freedom, Wick must face off against a new enemy with powerful alliances across the globe and forces that turn old friends into foes.