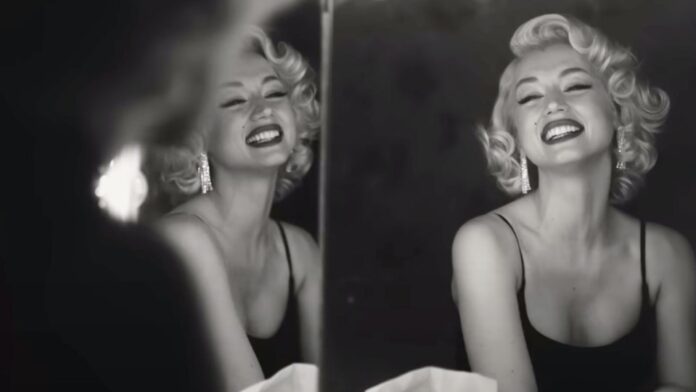 There are some roles that come so heavy with challenges or expectations that they can immediately make or break a career. Marilyn Monroe is one of those. As much of a hot streak as Ana de Armas has been on lately, we’ll find out if she can meet this unique challenge in Andrew Dominik’s long-awaited biopic, Blonde, which we now know will be part of the official Venice Film Festival lineup.

Netflix has revealed a new trailer for Blonde in celebration of its official entry into Venice. The film stars Armas as the legendary actress and sex symbol, whose glamorous public image starkly contrasts the many troubles that plagued her private life.

Joining Armas in the cast are Bobby Cannavale, Adrien Brody, Xavier Samuel, Julianne Nicholson, and more. Dominik’s script is based on the book by Joyce Carol Oates.

Blonde hits Venice in August, followed by a Netflix debut on September 28th. No word on a theatrical plan but one would expect there to be a limited release of some kind.

Based on the bestselling novel by Joyce Carol Oates, Blonde boldly reimagines the life of one of Hollywood’s most enduring icons, Marilyn Monroe. From her volatile childhood as Norma Jeane, through her rise to stardom and romantic entanglements, Blonde blurs the lines of fact and fiction to explore the widening split between her public and private selves. Written and directed by Andrew Dominik, the film boasts a cast led by Ana de Armas and featuring Bobby Cannavale, Adrien Brody, Julianne Nicholson, Xavier Samuel and Evan Williams.