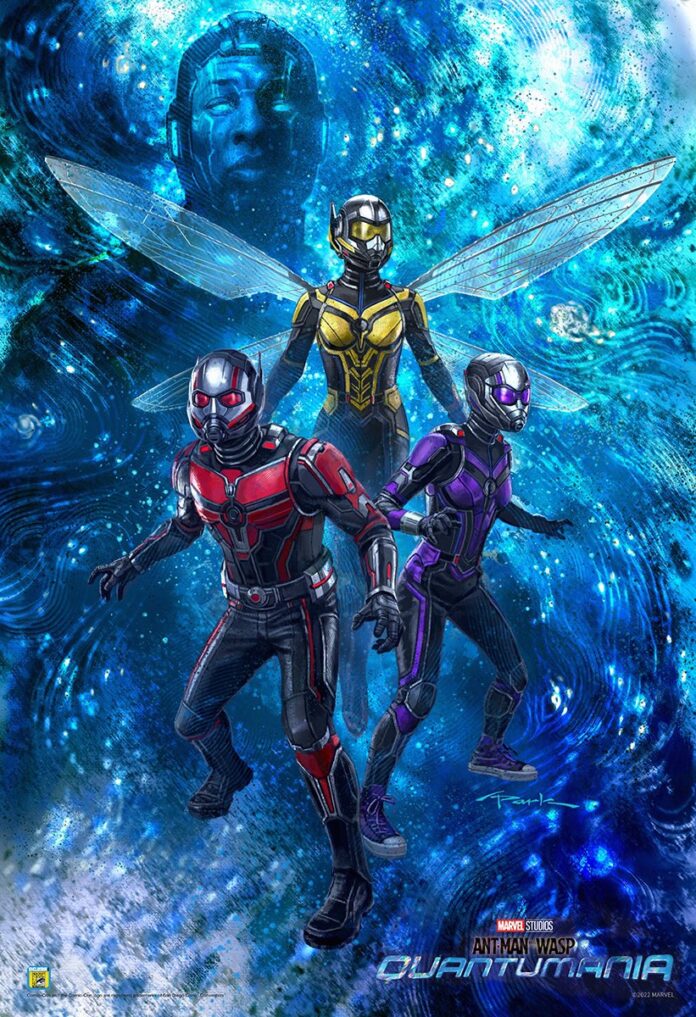 The first poster art from Ant-Man & the Wasp: Quantumania has been released here at San Diego Comic-Con. The image was revealed by Marvel’s Andy Park, shortly before Marvel Studios’ panel hits Hall H in the next hour. It’s a pretty good bet that we’ll get some kind of update, possibly a clip, from the anticipated sequel.

The image offers our first look at Jonathan Majors as Kang the Conqueror. We’ve seen him previously in Loki as He Who Remains, whose defeat basically kicked off all of the multiversal craziness we’ve been seeing.

While the image also features Paul Rudd as Ant-Man and Evangeline Lilly as Wasp, we also see the first good look at Kathryn Newton as Cassie Lang, who becomes the superhero Stature.