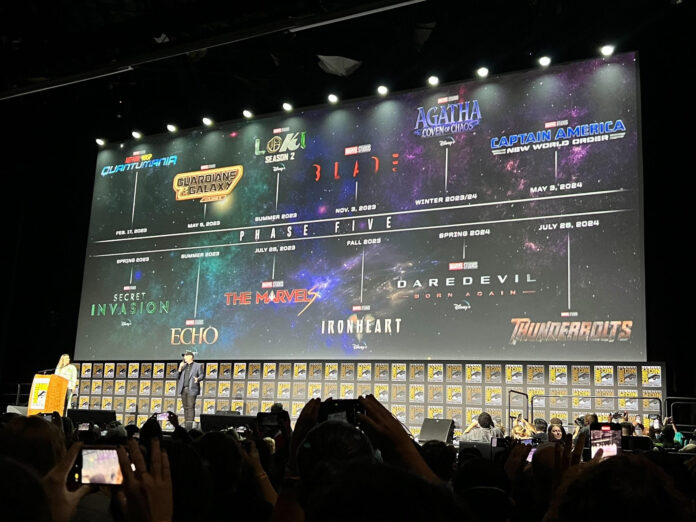 As they are known to do Marvel just set San Diego Comic-Con alight by announcing their entire “Phase Five” lineup, confirming what alot of us were hoping to be true in the process. “Phase Four” which is currently heading toward is close, ends with the upcoming Wakanda Forever. From there Marvel launches into “Phase 5”, the second part of the newly named “Multiverse Saga”. As you can see in the picture below the lineup is pretty stacked, with nine total projects debuting throughout 2023 in theaters and on Disney+.

The biggest news out of the announcement is that Charlie Cox and Vincent D’Onofrio are set to return, in full, to Hell’s Kitchen in Daredevil: Born Again on Disney+ in the spring of 2024. I am SO eager to see how they handle the cross-over from Netflix to the MCU. Do they act like nothing’s changed, keep the existing timeline and just keep going or do they wipe the slate and start anew. Honestly, I hope they go for the first option…who cares if there’s some continuity issues, Netflix did amazing work with those series and it would be a waste to get rid of them. The important thing, though, is that they made the smart choice in realizing that Netflix did a bang up job when it comes to casting and didn’t bring in something new just for the sake of it being “all theirs”. While I loved Charlie Cox as Daredevil my real excitement for this series is that the window is now wide open for Jon Bernthal to step back into Frank Castle’s boots.

The schedule takes us right up to Summer 2024 where the phase will close out with Thunderbolts, which I will lazily describe as the Marvel version of the Suicide Squad but in truth they are pretty different. 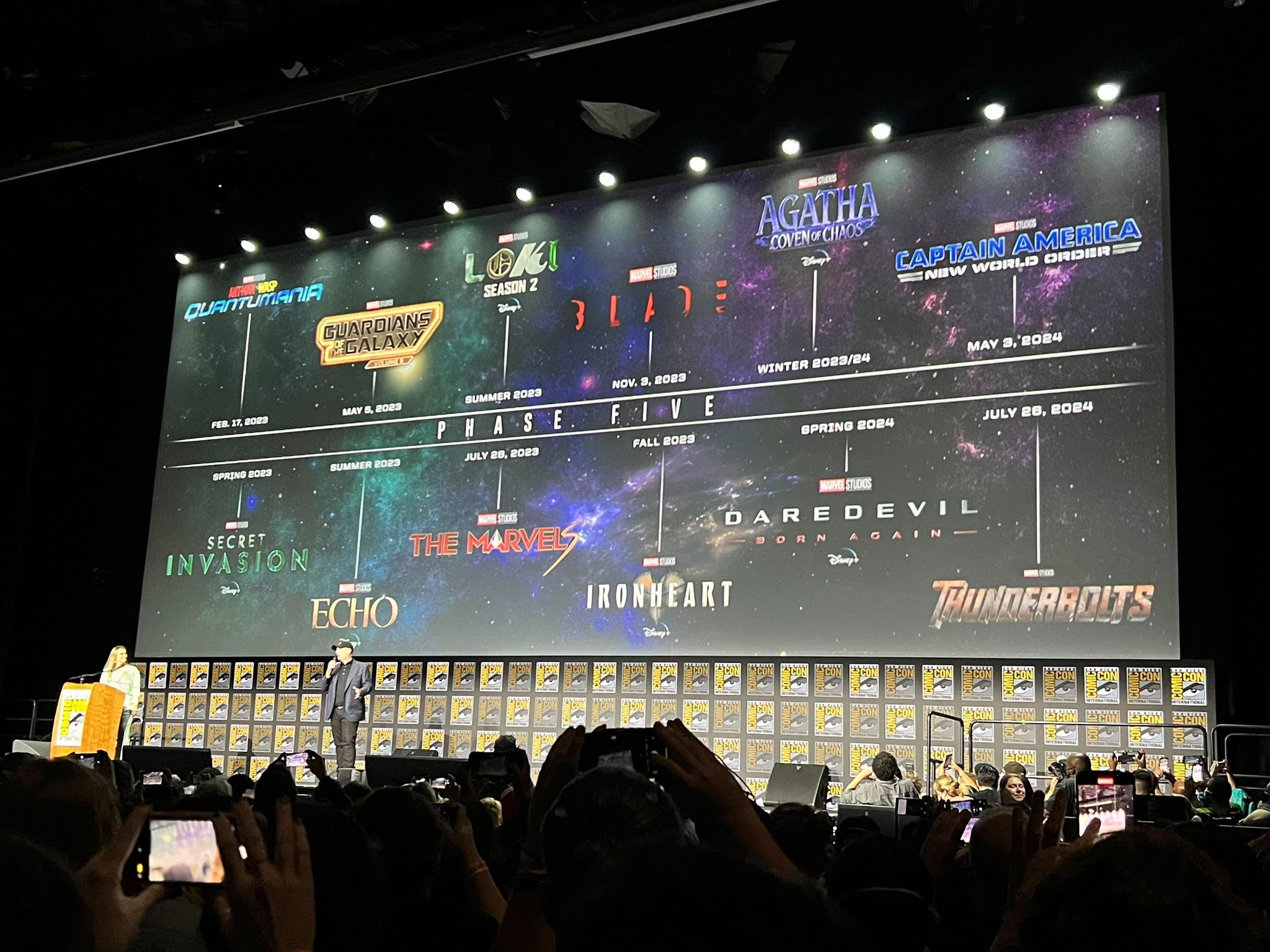