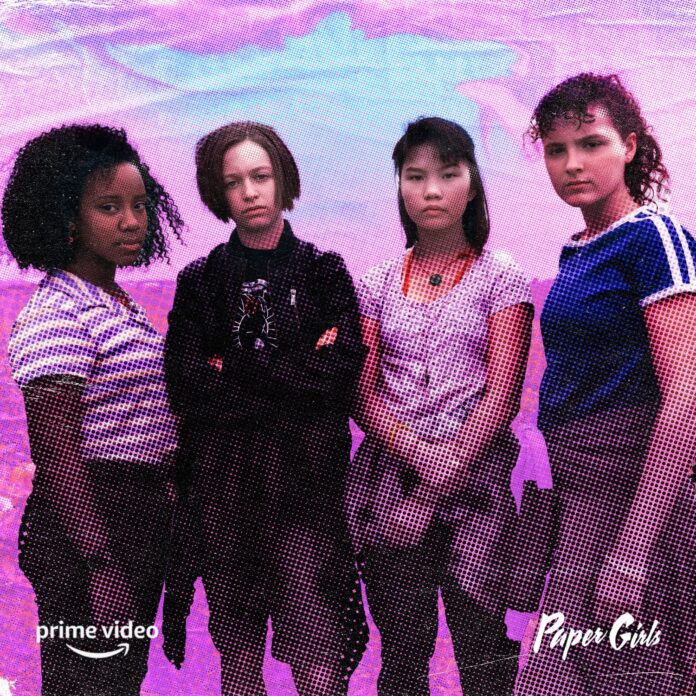 Brian K. Vaughan is one of the most popular comic book writers around. Two of his comics, Marvel’s Runaways and Vertigo’s Y: The Last Man, were adapted into television shows and neither was particularly successful. But perhaps the latest, Paper Girls, based on his 2015 comic, will fare much better on Prime Video.

Amazon had released a teaser for Paper Girls, which centers on four 12-year-old paper delivery girls in a fictional Ohio suburb on the day after Halloween 1988. After a mysterious force invades the town, the girls become swept up in a war between rival factions of time-travelers.

Vaughan, whose TV work is pretty extensive, serves as an exec-producer alongside the comic’s artist, Cliff Chiang. They are joined by Christopher Cantwell and Christopher C. Rogers, and Dede Gardner and some guy named Brad Pitt.

Paper Girls follows four young girls who, while out delivering papers on the morning after Halloween in 1988, become unwittingly caught in a conflict between warring factions of time-travelers, sending them on an adventure through time that will save the world. As they travel between our present, the past, and the future – they encounter future versions of themselves and now must choose to embrace or reject their fate.