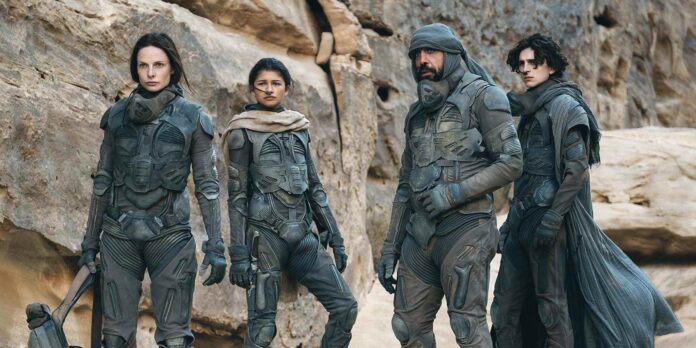 Dune fans eagerly awaiting Denis Villeneuve’s sequel are going to have to hold on to their spice a little while longer. Deadline reports Warner Bros. has pushed Dune: Part Two back three weeks from its October 20th 2023 release date and to a prime Thanksgiving spot on November 17th.

The move is a big deal and says a lot about the studio’s priorities. The November dates tend to be where WB sets its biggest tentpoles, and in recent years that has been the Fantastic Beasts films. Well, the future of that franchise is sorta up in the air, and Dune has clearly become their new favorite. There’s already excitement for the sequel, too, as Léa Seydoux, Florence Pugh, Austin Butler, and Christopher Walken have all joined the star-studded cast.

It’s easy to see why the studio is so high on Dune. The sci-fi adaptation was a gigantic hit during the pandemic months, earning $400M worldwide with a combined theatrical/steaming release plan. The film also went on to win six Academy Awards, making it both a financial and critical success.

The new November date slots it in a slugfest with Lionsgate’s The Hunger Games: A Ballad Of Songbirds And Snakes. Will one of them blink and move to another date?

Filming on Dune: Part Two begins this fall in Budapest.