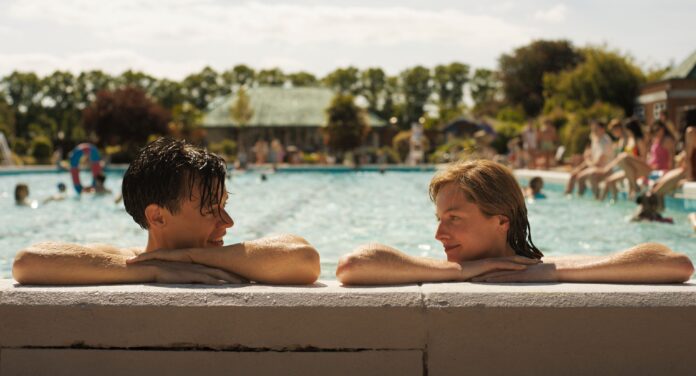 When Christopher Nolan cast Harry Styles in Dunkirk back in 2017, who knew it would be like opening the floodgates? Suddenly, it’s like he’s everywhere and in everything. His single “As It Was” continues to be in very heavy rotation, he popped up as Starfox in Marvel’s Eternals, and has a role in his partner Olivia Wilde’s next movie, Don’t Worry Darling. But before that, Styles embarks on what looks to be his most dramatic role yet, My Policeman, a queer romance that deals with oppression in the 1950s.

Based on the 2012 novel by Bethan Roberts, My Policeman takes place in the beach town of Brighton, England in 1957. Styles plays Tom Burgess, a gay man living in a time and place when that is illegal. He eventually meets and marries schoolteacher Marion, but also starts a secret relationship with a man, museum curator Patrick. But as Tom keeps the truest part of himself hidden away, it begins to destroy both of his relationships.

Prime Video will release My Policeman into theaters on October 21st, followed by streaming on November 4th.

A beautifully crafted story of forbidden love and changing social conventions, My Policeman follows three young people – policeman Tom (Harry Styles), teacher Marion (Emma Corrin), and museum curator Patrick (David Dawson)– as they embark on an emotional journey in 1950s Britain. Flashing forward to the 1990s, Tom (Linus Roache), Marion (Gina McKee), and Patrick (Rupert Everett) are still reeling with longing and regret, but now they have one last chance to repair the damage of the past. Based on the book by Bethan Roberts, director Michael Grandage carves a visually transporting, heart-stopping portrait of three people caught up in the shifting tides of history, liberty, and forgiveness.