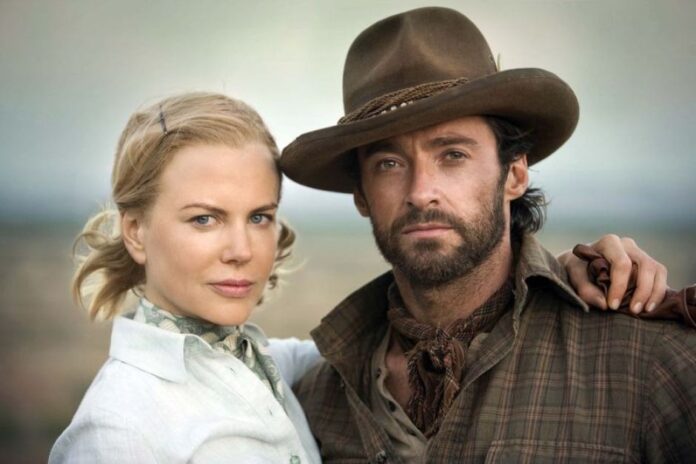 Turning “misunderstood” movies into limited series director’s cuts are all the rage. There was Zack Snyder’s Justice League, and Quentin Tarantino’s The Hateful Eight, and now you can add Baz Luhrmann’s 2008 epic romance Australia to the list.

Luhrmann has been out there promoting his new Elvis biopic (which is worth your time), and while making the rounds he has been chatting up the idea of recutting Australia into a miniseries. Well, it’s happening over at Hulu with a new soundtrack, a new ending, a six-episode format, and a new title, Faraway Downs.

Starring famous Aussies Nicole Kidman and Hugh Jackman, Australia is a Gone with the Wind-style sweeping drama set around WWII, and centers on an English woman who inherits her late husband’s failing cattle ranch. While she deals with political turmoil of the time, and men trying to wrest control away from her, she also meets and falls in love with a drover who helps her move cattle.

“I originally set out to take the notion of the sweeping ‘Gone With the Wind’ style epic and turn it on its head,” Luhrmann said. “A way of using romance and epic drama to shine a light on the roles of First Nations people and the painful scar in Australian history of the ‘Stolen Generations.’”

I know a lot of people who consider Australia to be among Luhrmann’s best films, even though it’s probably the most critically divisive. Personally, I think this is a great idea. The original film is a 165-minute slog, but it could be palatable broken up into pieces and presented in a serialized style. [Variety]