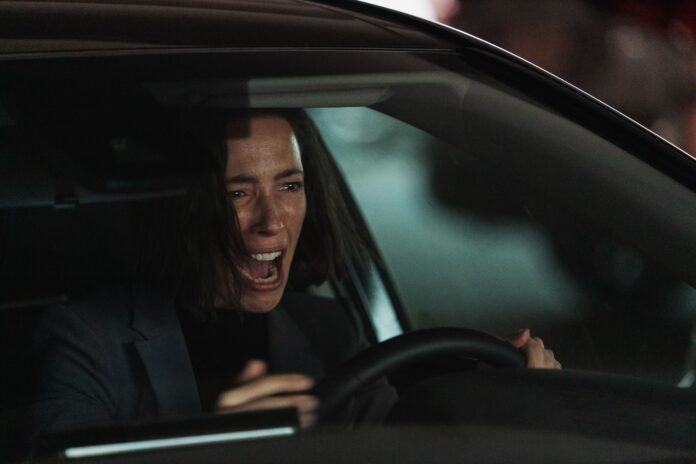 Resurrection toes the line between ice cold mother/daughter/workplace thriller and nutty “What the fuck am I watching???” camp.

That’s just a fraction of my review of Andrew Semans’ bonkers Sundance film, Resurrection, a twisted thriller led by two intense performances by Rebecca Hall and Tim Roth. I’m not going to spoil any of it, and thankfully this new trailer doesn’t give away too much, but basically Hall plays a strong, capable, composed, and successful woman who is shattered by the return of an abusive man into her life.

And that’s just the tip of the iceberg. Get ready for a diabolical showdown, a psychological war that sees every conceivable boundary crossed. I have some issue with the sheer volume of stuff that Seman throws the viewer’s way, but the exhaustion you’ll feel is worth it.