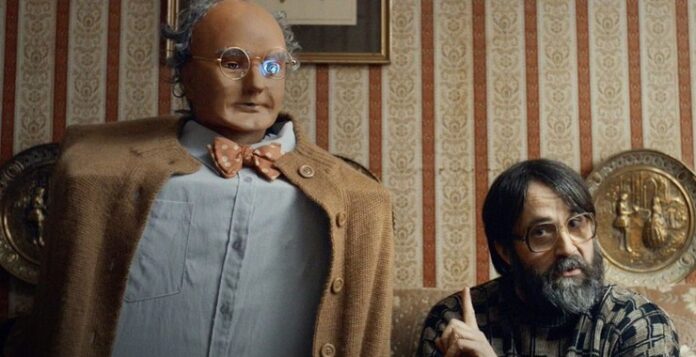 The bromance between Brian and Charles stars David Earl and Chris Hayward is very real. The actors have been working together as these characters for years on the British standup circuit – Earl as the failed inventor David and Hayward as the childlike robot Charles.

As I sat down with them to discuss their new film Brian and Charles, their giddiness and excitement toward their characters and each other never ceased, with Earl even admitting he fell in love with Charles’ robot voice and then his washing-machine-mannequin-headed body. Both writers on the project as well, admitted that the Frankenstein parallels that the film has been drawing never occurred to either of them but are proud of it just the same.

Watch my interview with David Earl and Chris Hayward below. Read my review here.