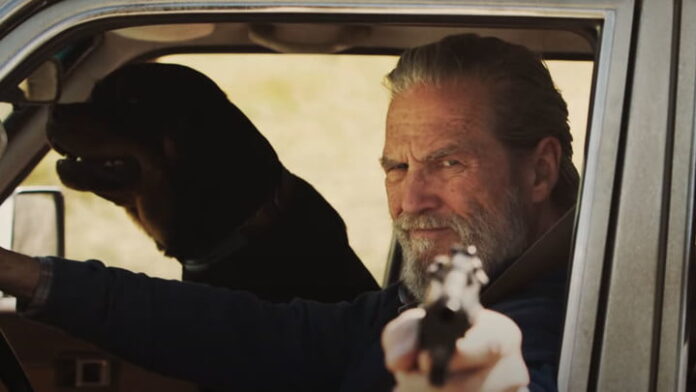 How can anyone pass up the chance to get a new Jeff Bridges on a weekly basis? Treats like this don’t come around often, and that should be enough to get audiences to tune into FX’s revenge thriller series, The Old Man. Need more to get excited about? It co-stars Alia Shawkat, Amy Brenneman, John Lithgow, and its first two episodes were directed by exec-producer Jon Watts. Yeah, guy who directed the last three Marvel Spider-Man movies.

Bridges plays CIA hitman Dan Chase, and when the footage gets rolling we see an assassin attempting to take him out. Chase, believing his time is up, calls his daughter for one final farewell. But the old guy isn’t so easily taken out, and if Chase wants to survive he’ll need to dig into his complicated past.

The series is based on the novel by Thomas Perry, and has been delayed extensively by COVID-19 and Bridges’ health scare. But the wait is over, and The Old Man will now premiere on FX on June 16th and is available to stream on Hulu.

Based on the bestselling novel by Thomas Perry, “The Old Man” centers on Dan Chase who absconded from the CIA decades ago and has been living off the grid since. When an assassin arrives and tries to take Chase out, the old operative learns that to ensure his future he now must reconcile his past. With Dan Chase flushed out of hiding, the FBI’s Assistant Director for Counterintelligence Harold Harper is called on to hunt him down because of his complicated past with the rogue fugitive. When Chase proves to be more difficult to apprehend than the authorities expected, a highly trained special ops contractor is sent to pursue him as well. While on the run, Chase rents a room from Zoe McDonald who draws on reserves she never knew she had in order to survive the day when she learns the truth about her new tenant.