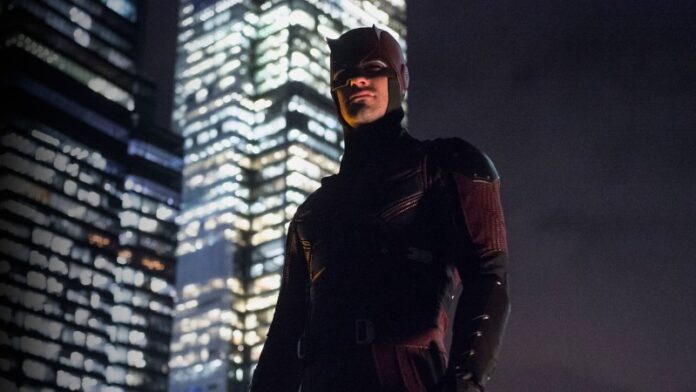 The Man Without Fear is about to officially make his costumed MCU debut. According to Variety, a new Daredevil series is in the works for Disney+, and it’ll come from writers/exec-producers Matt Corman and Chris Ord, creators of the series Covert Affairs.

Details on the series are scarce at this early stage, but rumors have been swirling around for months that Daredevil was due for a new show. This comes on the heels of two of the original Netflix series’ characters popping up recently. Star Charlie Cox played Matt Murdock, Daredevil’s civilian identity, in Spider-Man: No Way Home when he showed up as Peter Parker’s attorney. Vincent D’Onofrio returned as Kingpin in the Hawkeye series.

This leaves the door open for other Netflix Marvel shows to find a rebirth, but it’s way too soon to start wondering about the future of Jessica Jones, Luke Cage, The Punisher, and others.

No info on when the Daredevil series could air, or when we’ll see the character show up next. I feel like it would be a missed opportunity if he didn’t appear in the She-Hulk series, perhaps on the opposite end of a legal fight with Jen Walters?

‘Daredevil’, ‘Jessica Jones’, All Marvel Shows Leaving Netflix Soon; Where Will They End Up?

Tom Holland Is Hoping For A Spider-Man/Daredevil Teamup Someday