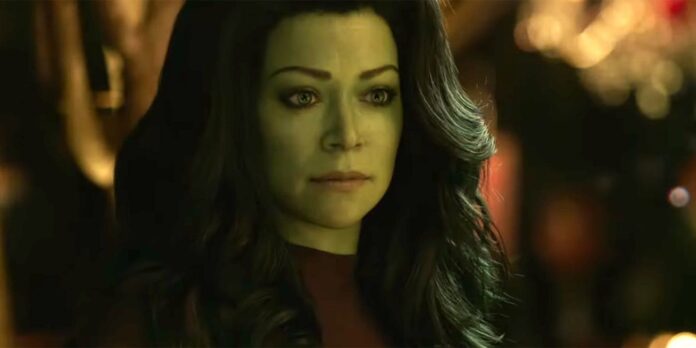 My only hope when it came to the She-Hulk: Attorney at Law series coming to Disney+ is that it be like Ally McBeal with superpowers. And based on the first trailer and the level of humor, attitude, and sex appeal, that’s exactly what we’re going to get. I think this looks perfect, other than some dodgy CGI here and there.

Tatiana Maslany of Orphan Black fame stars a Jennifer Walters, cousin to Bruce Banner aka the Hulk. Mark Ruffalo is actually all over this footage, and it looks like he gives Jen a dose of his gamma powers intentionally and not out of necessity as in the comics. Jen is a highly sought-after attorney for her firm’s superhuman department, but as crazy as that gets with an appearance by Tim Roth as the Abomination, her life gets crazier when she’s big and green.

Then again, being green doesn’t seem to slow down her active love life, which is something that has definitely been brought over from the comics. The series also stars Ginger Gonzaga, Josh Segarra, Jameela Jamil, Jon Bass and Renée Elise Goldsberry.