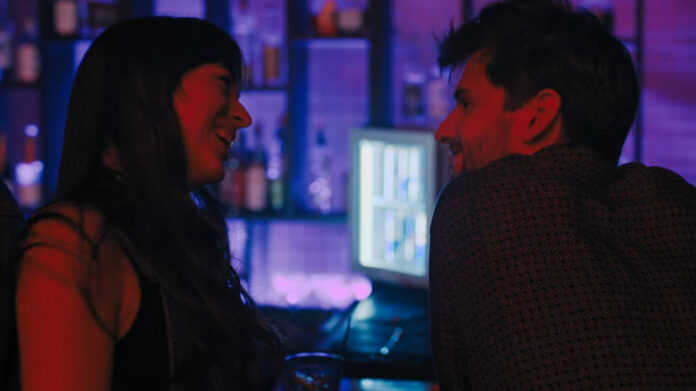 After winning the Audience Award at Sundance earlier this year, Cooper Raiff’s Cha Cha Real Smooth is poised for a huge release on Apple TV+. Raiff’s sophomore effort, following the critically-acclaimed Shithouse, has him starring alongside Dakota Johnson in the story of a Bar Mitzvah party host and a single mother who strike up an unlikely friendship.

Raiff directs, writes, and stars in the film, proving himself to be a multi-talented filmmaker to watch. Alongside Johnson are co-stars Leslie Mann, Brad Garrett, Raúl Castillo, Odeya Rush, and Kelly O’Sullivan.

This was among my favorite films out of Sundance, calling it in my review “an open, honest, and yes damn funny story about two people who enter one another’s lives and make them better.”

Next up for Raiff is The Trashers, a biopic on mobster James Galante.