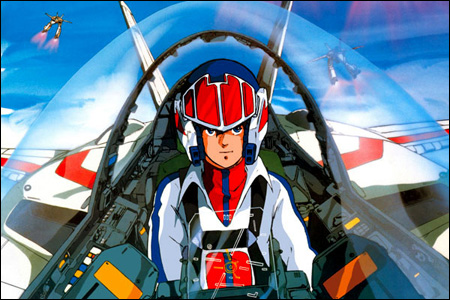 Does hope for a live-action Robotech movie lay in the hands of an ex-Marvel filmmaker? It’s as good a bet as any, given that development on an adaptation of the classic anime series has been going on for well over a decade. Deadline reports the latest filmmaker to give it a shot is Rhys Thomas, director on Marvel’s Hawkeye series on Disney+.

Thomas becomes just the latest director charged with making a Robotech movie a reality. Previously, James Wan (Aquaman) and Andy Muschietti (IT) have given it a shot, along with a whole host of writers. Nobody can seem to crack this thing, which is weird because the premise isn’t that crazy. Now that the project is at Sony, they think they’ve found the right guy.

Robotech centers on a humanity that has made significant scientific and technological advances from an alien starship that crashed on a South Pacific island. That tech has been used to build mecha, giant robots, to help fight against an alien invasion. The anime series debuted in the United States in 1985, presenting an epic space opera that became incredibly popular, launching a multimedia franchise.

Thomas has largely been a TV filmmaker for the bulk of his career, but he did direct the 2015 comedy Staten Island Summer, written by some guy named Colin Jost.

Add this to the list of Hollywood attempts to cash-in on popular anime brands. An Akira movie has been in the works for about two decades, with Taika Waititi the latest to board it then drop out. Muschietti has an Attack on Titan movie at some stage of development, plus you can add Gundam, Ninja Scroll, Battle of the Planets, Voltron, and others to the list.