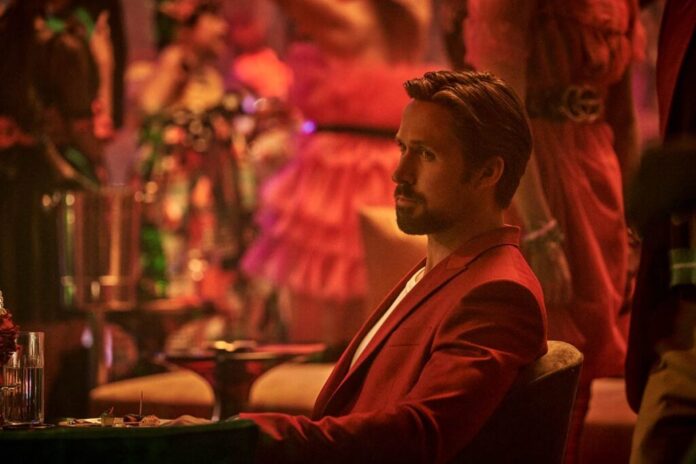 Netflix has taken a lot of hits lately for its spending, but if there is anyone worth giving $200M to it’s Joe and Anthony Russo. The duo are responsible for two of the all-time biggest box office hits, Avengers: Infinity War and Avengers: Endgame, and the streamer hopes they can pull blockbuster viewership with The Gray Man, which stars Chris Evans, Ryan Gosling, Ana de Armas, and Bridgerton heartthrob Regé-Jean Page.

EW has dropped our first official look at The Gray Man and its A-list cast. They even delivered a synopsis for the action flick:

“An elite cloak-and-dagger CIA operative (Gosling) who’s so ghostlike, even his real name is unknown. When he accidentally uncovers hidden agency secrets, he finds himself tangled in an international conspiracy, as an unhinged former colleague (Evans) puts a bounty on his head.“

The film is based on the series of novels by Mark Greaney, and if it’s a hit you can bet they’ll invest in a franchise.

With so much Netflix money being thrown around here, they have cast a number of actors who are proven commodities. Not just Page (Is it a coincidence their subscriber count dropped when he left Bridgerton?), but Jessica Henwick (Iron Fist), Wagner Moura (Narcos), and Alfre Woodard (Luke Cage). They’re joined by Billy Bob Thornton, Callan Mulvey, Michael Gandolfini, Julia Butters, Scott Haze, Deobia Oparei, and Robert Kazinsky. Damn.

The Gray Man will get a theatrical run beginning July 15th, before heading to Netflix on July 22nd.