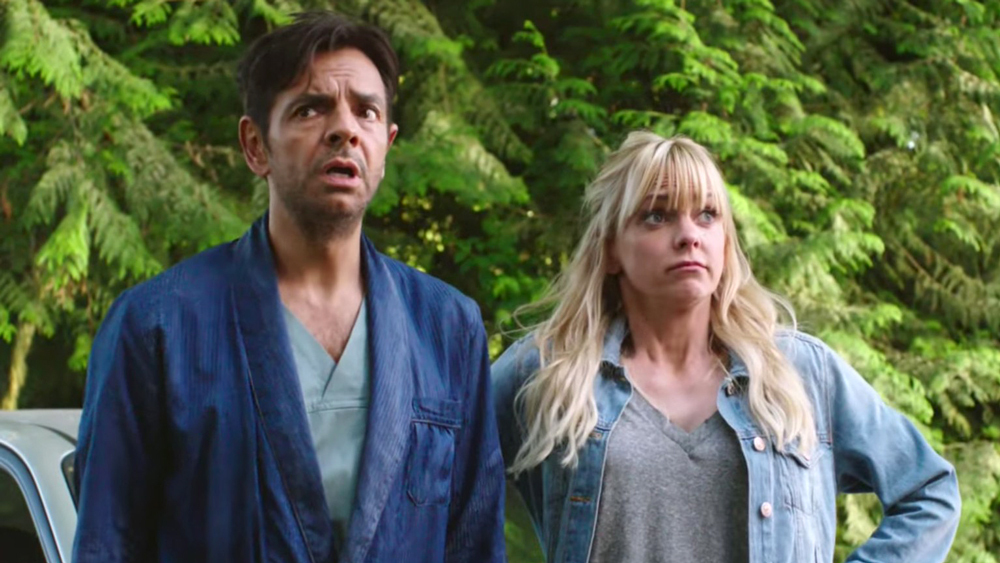 1. Avengers: Infinity War– $112.4M/$450.8M
Marvel continues to steamroll over the box office, even with a 56% drop in its second weekend. That doesn’t matter so much when the opening weekend is nearly $300M, though, does it? Avengers: Infinity War earned $112M in its second week, but I think the biggest number is $1.1B, which it earned in only 11 days, the fastest in recorded history. The $112M is the second highest for a second weekend ever, though. Already it stands as the 15th highest-grossing movie in history and is only just getting started.
2. Overboard– $14.75M
This will come as a surprise to some, but the poorly reviewed Overboard remake is a hit, and Anna Faris isn’t the reason why. That would be Mexican star Eugenio Derbez, who has proven to be a reliable box office force previously with How to be a Latin Lover ($61M), Instructions Not Included ($100M) and Miracles from Heaven ($73M). The gender swapped remake of the Kurt Russell and Goldie Hawn comedy from 1987 didn’t get screened for critics but again, this is why it helps to have a star like Derez on board whose audience doesn’t care what Rotten Tomatoes says.
3. A Quiet Place– $7.6M/$159.8M
4. I Feel Pretty– $4.9M/$37.7M
5. Rampage– $4.6M/$84.7M
6. Tully (review)- $3.18M
Jason Reitman and Diablo Cody’s Tully opened to a disappointing $3.1M on over 1300 theaters. The Young Adult reunion stars Charlize Theron as a mother of three who is gifted a night nurse played by the wonderful Mackenzie Davis. This is one of the year’s best movies and the reviews reflect it, and I’m convinced this is a matter of bad timing. I expect we’ll be hearing about Tully throughout the year as one of those quiet gems, and hopefully audiences catch up with it in the coming weeks or on home release.
7. Black Panther– $3.14M/$693.1M
8. Truth or Dare– $1.88M/$38.2M
9. Super Troopers 2– $1.81M/$25.4M
10. Bad Samaritan (review)- $1.7M
I don’t know what the expectations were for the small-scale thriller Bad Samaritan, but surely this wasn’t it. The Dean Devlin-directed film boasts only one “big” name, David Tennant, who is genuinely great as a deranged killer in this surprisingly solid crime movie. It opened in over 2000 theaters,  which is more than Overboard and Tully can say, and yet only earned $1.7M for a pathetic $876 per site. That’s the 8th worst opening ever for a movie in over 2000 locations.