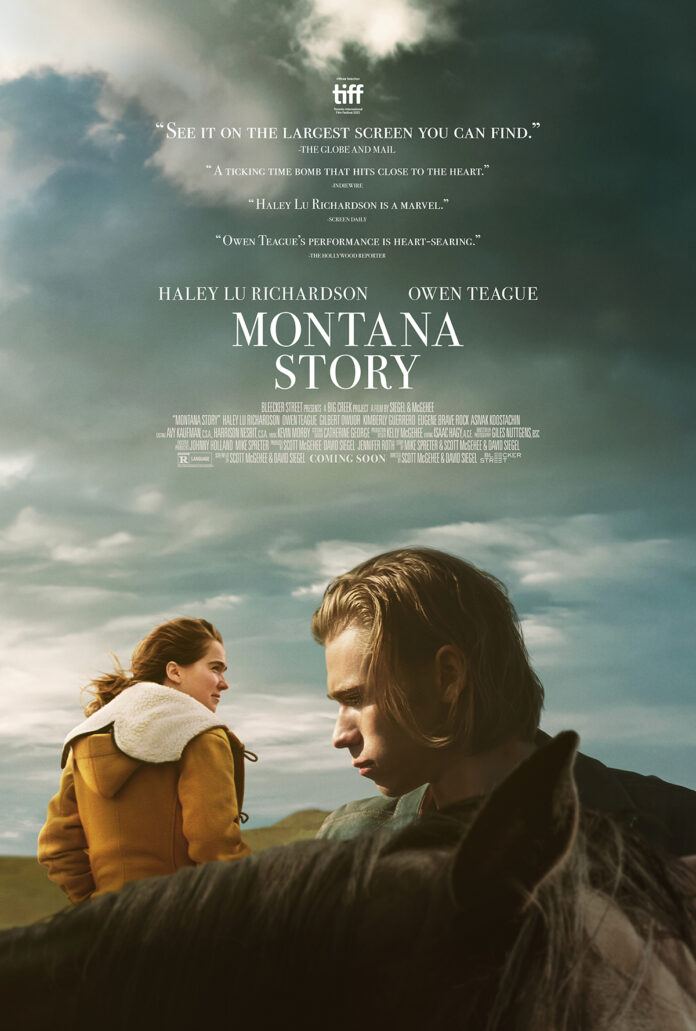 Movies premiere at festivals for more reason than just the hope of being sold to a distributor. Most actually arrive with the intention of stirring up buzz, generating the kind of natural word-of-mouth that can catapult a film from obscurity to the Oscars. Need evidence? Just look at what Sundance did for CODA. There’s been a groundswell of activity surrounding the TIFF premiere of neo-Western drama Montana Story, which features rising star Columbus and After Yang actress Haley Lu Richardson and The Stand‘s Owen Teague.

Set against the backdrop of the American west, Montana Story stars Richardson and Teague as estranged siblings who return to their childhood ranch where they must confront a difficult family legacy.

The film is written and directed by the duo of Scott McGehee and David Siegel, whose previous work on Bee Season and What Maisie Knew should have earned them greater notoriety. Both movies are excellent, and that has me seriously jazzed to see this one.

Bleecker Street will give a limited release to Montana Story on May 13th.