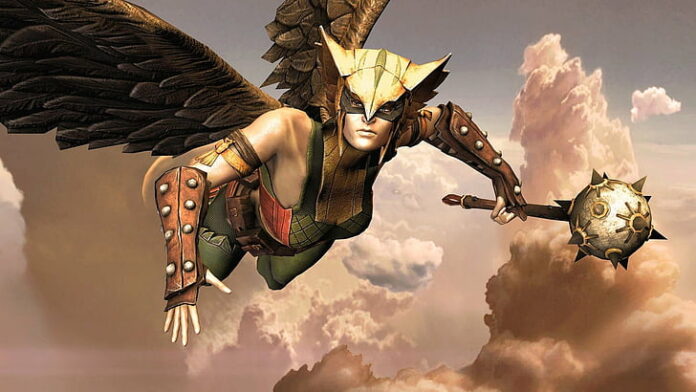 While I’ve always been a Marvel dude, the world of DC Comics occasionally attracted my attention. Green Lantern, Suicide Squad, occasionally Batman, and the Justice Society of America were my jam at different points. I’ve always wanted to see the JSA on the big screen, and as of DC Fandome’s Black Adam panel that is definitely happening. But one key member of the team, Hawkgirl, is noticeably absent, and Dwayne Johnson has something to say about that.

In response to a fan asking about the whereabouts of Hawkgirl, when her counterpart Hawkman made the cut, Johnson explains that special circumstances called for her to be left out…

Hawk Girl was 💯 in our original JSA team. Sadly, it’s a complicated story I’ll share w the fans down the road. But it opened up the door for another awesome opportunity for another actress to come in and crush the role of Cyclone. I believe it all works out how it’s meant to 🥃

“Complicated”, why complicated? I’m just going to go out on a limb and say that other plans are in store for Hawkgirl. I would’ve called it a rights issue, but the character has been pretty prominent over in the Arrowverse and DC Animation, so it can’t be that. I’d love to see her in a future Justice League or Birds of Prey movie.