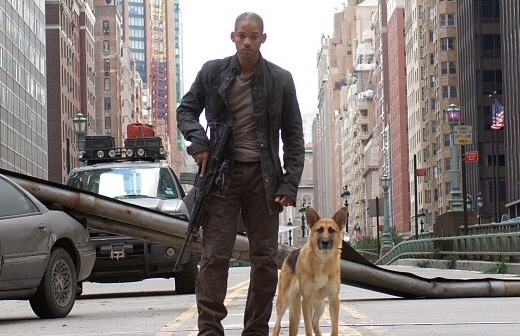 In what is sure to be “legendary” sequel news, Will Smith and Michael B. Jordan are teaming up on a sequel to I Am Legend for Warner Bros. Details on the plot remain under wraps, but according to Deadline it will be Smith reprising his role and Jordan starring alongside him. Both will produce, as well.

I Am Legend was based on the 1954 post-apocalyptic horror novel by Richard Matheson, and starred Smith as virologist Robert Neville, the sole survivor of in a ravaged New York City overrun by cannabilistic mutants caused by a man-made plague.

The film was a huge hit, earning $256M domestic and $548M worldwide. It was directed by Francis Lawrence from a script by Akiva Goldsman and Mark Protosevich. Goldsman will return to pen the sequel, also.

Smith teased the news on an Instagram post featuring a still from the movie and tagged to Jordan. This continues what has been a pretty epic run for Smith. He’s currently the frontrunner to win Best Actor at the Academy Awards for his performance in King Richard.

*SPOILER ALERT* Neville sacrifices himself to save humanity at the movie’s end so I’m curious how this is going to work. He survives in an alternate ending, so maybe they’ll go with that?