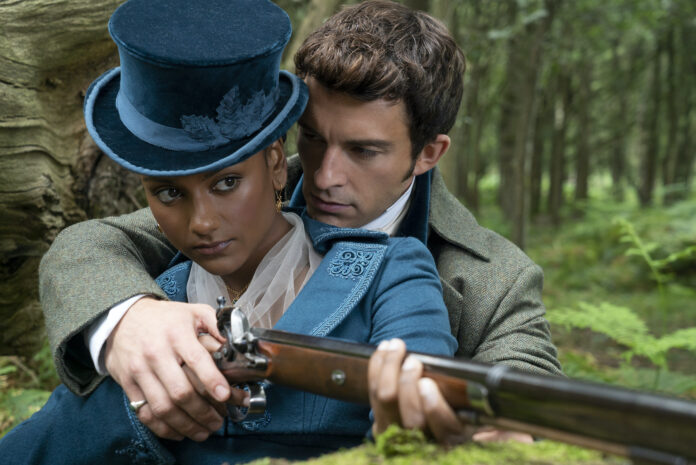 When Bridgerton premiered at the end of 2020, it was constantly described as “not your grandmother’s period drama.” There was racial diversity, over-the-top costumes, and sex. Lots and lots of sex. Sure, the show broke boundaries showing desire from the female perspective, but nevertheless “Bridgerton Fever” swept the world, making it Netflix’s then most-watched show. Millions swooned as Daphne Bridgerton and Simon Basset fell in love and “burned” for each other amidst Regency balls and scandalous gossip rags.

After the success of the first season, the Shondaland production faced many changes bringing Julia Quinn’s next romance novel, The Viscount Who Loved Me, to the Netflix screen.  The second season would still follow the Bridgerton siblings, but instead of focusing on Phoebe Dynevor’s Daphne and Regé-Jean Page’s Simon, eldest Bridgerton child, Anthony (Jonathan Bailey) would try his hand at finding a bride. Page exited the series soon after the season 2 announcement, seemingly leaving fans without a reason to watch in the first place.

There are still plenty of reasons to watch the new season, but don’t go in expecting heat and passion off of the bat. Joining the cast as Anthony’s love interest is Kate Sharma (Simone Ashley), a 26-year-old almost spinster newly arrived from India. She’s smart, witty, and can outride him. After a few mishaps and despite the obvious chemistry between them, Anthony sets his eye on her little sister, Edwina (Charithra Chandran). Hellbent on finding her sister a husband she can grow to love, Kate throws herself into the marriage mart and the Ton, bickering with Anthony all along the way. 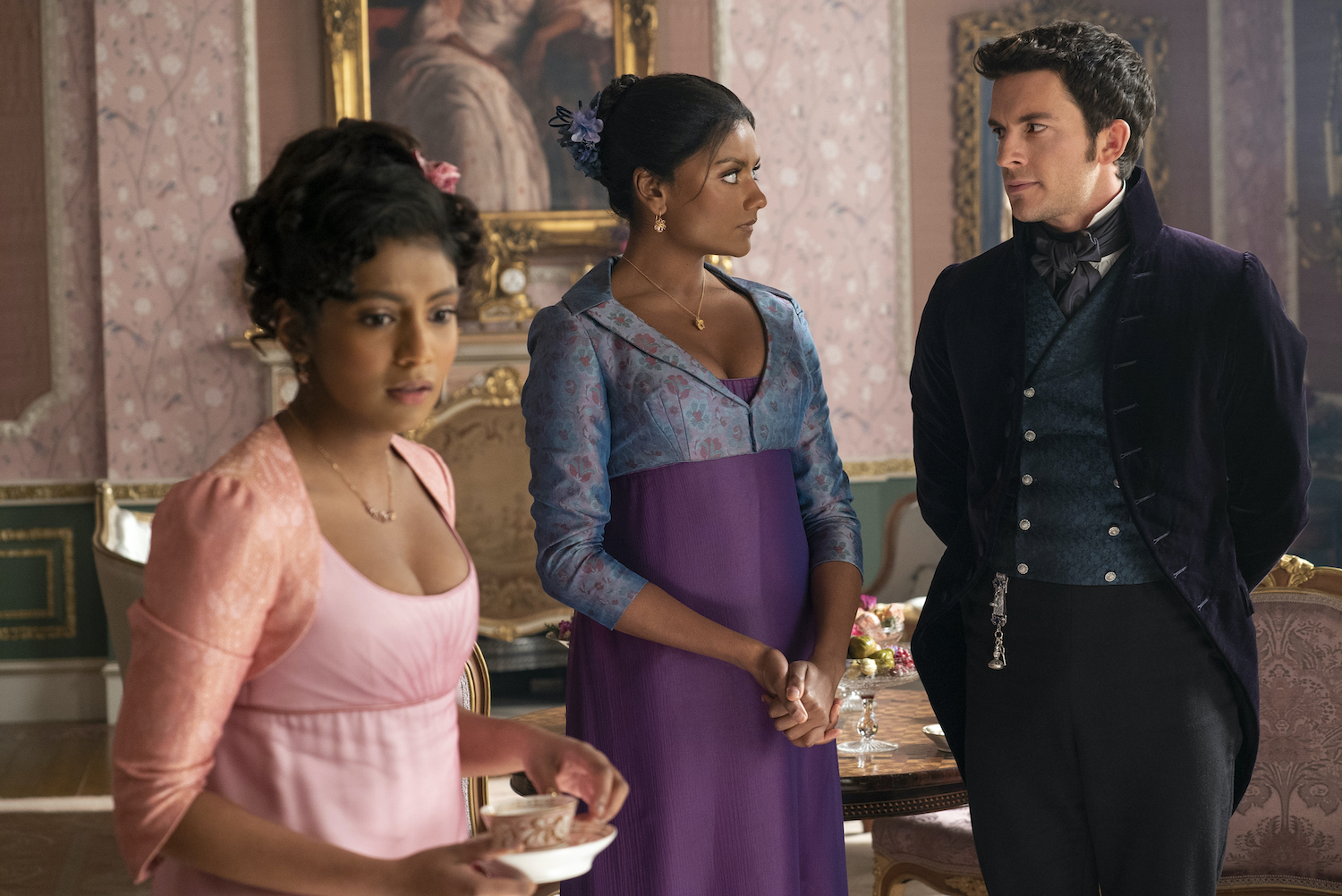 A classic enemies-to-lovers romance, both Jonathan Bailey and Simone Ashley’s performances are subtle. While they have chemistry, it is anything but overwhelming. Though you root for them to succeed, the real MVP of the season is Edwina. While you’d expect this character to be annoying or rude, Chandran plays the part with such vim and vigor, you can’t help but root for her to be rid of both her sister and suitor. Arguably the series’ most popular couple, Anthony and Kate’s story ends just as it’s beginning, leaving much more to be desired. Here’s hoping both Bailey and Ashley return full-time for season 3.

Meanwhile, the Ton is still obsessed with finding out who gossip columnist Lady Whistledown (voiced by Julie Andrews) really is. The lady in question, Penelope Featherington (Nicola Coughlan), is torn between her success as a gossip writer and her friendship with the fifth Bridgerton child, Eloise (Claudia Jessie). The latter’s evolving feelings about the gossip rag and Queen Charlotte’s (Golda Rosheuvel) endless pursuit  of her identity complicates matters. It doesn’t help that her unrequited love interest Colin Bridgerton (Luke Newton) has just returned from Greece, acting like the obnoxious college student back from studying abroad.

Easily the show’s most divisive character, Coughlan brilliantly merges Penelope’s two personalities together, making tough and often questionable choices for and at the sake of her friends and family. Though Penelope is set to get her love story in the already announced fourth season per the books, the wallflower turned mean girl could have an uphill climb getting on the audience’s good side. 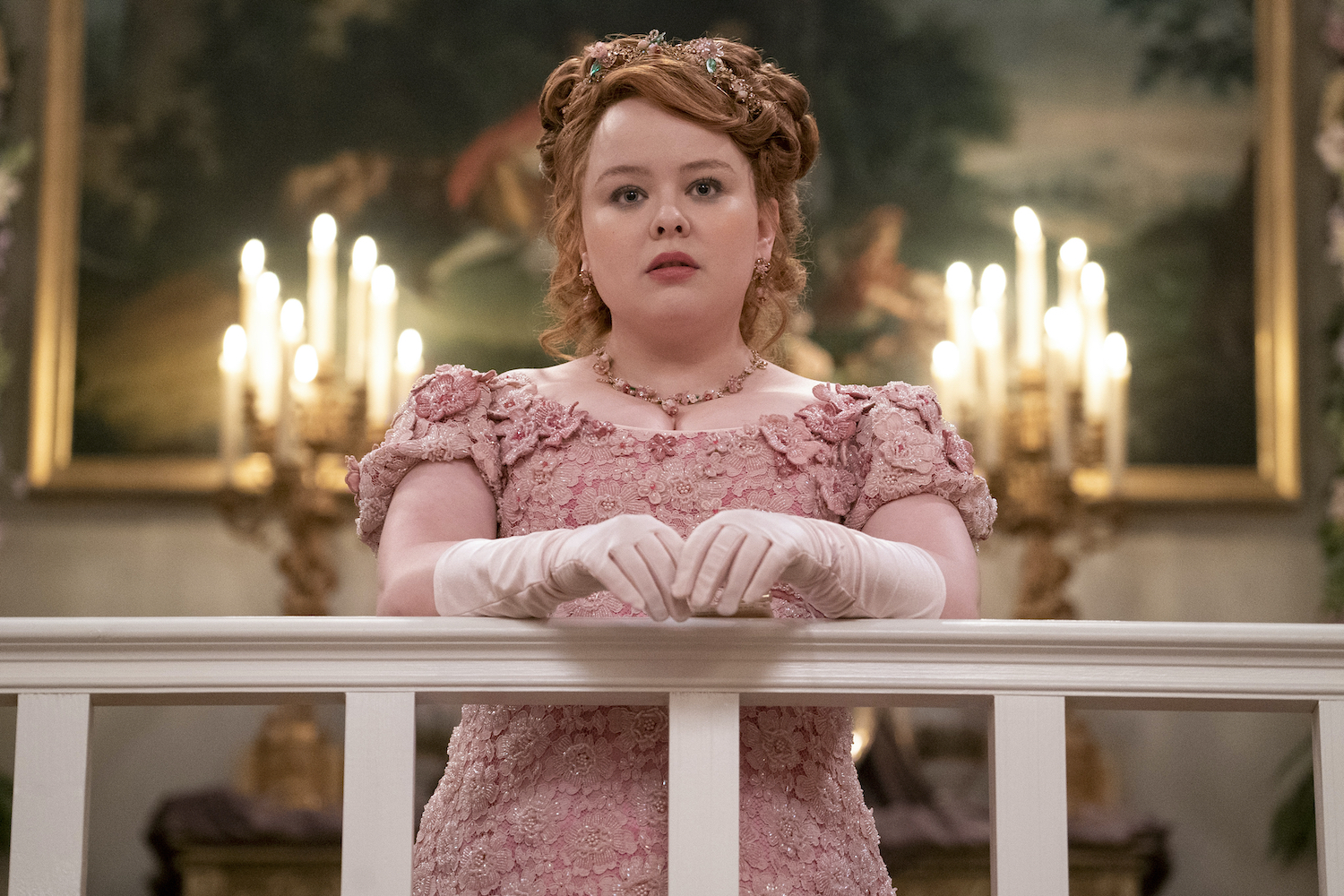 Like the previous season, Bridgerton’s main downfall is its enormous cast, which means too many storylines. Similar to Page, some actors ended their tenure on the show and others should of. Martins Imhangbe, who plays boxer Will Mondrich is given little to do  and could have just had his happily ever after in season 1. Numerous unneeded callbacks to the previous installment are made so subtly, it may take a moment for one to remember what they are referencing. The series is so overstuffed, its ending does not give us a clue where season 3 is going.

Season 1 set up Anthony to lead the next installment with his relationship with Siena Rosso ending terribly and his belief in love completely shattered. According to Quinn’s novels, Benedict’s story is supposed to come next with a Cinderella-like-tale, but this new season doesn’t give Luke Thompson much to do besides the frequent one-liner. If the first season slightly strayed from Quinn’s books, then season 2 completely diverges from the text altogether, leaving many to wonder, what comes next for the franchise.

Ultimately, Bridgerton’s season 2 has its growing pains. It may not be the steamy romantic hit of the year, but it doesn’t need to be. If season 1 was hot and heavy, season 2 is a delicate lover. Everything eventually builds to a satisfying climax that leaves you ready for the next round.

Watch the trailer below