Ladies (and Gentlemen, it’s 2020 and dudes can watch historical romance if they want to. Screw gender norms.)  If you were planning on watching Bridgerton with your mother over the holidays, I would recommend watching the show in solitude, as opposed to the company of the woman who birthed you. Unlike Downton Abbey, the new show from Netflix and Shonda Rhimes’ Shondaland (Grey’s Anatomy, Scandal, How To Get Away With Murder) is not your mother’s regency romance. Sexy, entertaining and dazzling to look at, Bridgerton is a perfectly good piece of escapist television.

Based on a series of romance novels by Julia Quinn, the show looks at English aristocratic life in the 1810s through the wealthy, accomplished, and beautiful Bridgerton family. Led by matriarch Violet Bridgerton, the family of eight siblings all have a name that begins with the first eight letters in the alphabet: Anthony, Benedict, Colin, Daphne, Eloise, Francesca, Gregory, and Hyacinth. Really focusing on the romantic lives of the eldest five siblings, specifically Anthony and Daphne, the show revolves around the society season and all the drama that goes with it.

As Daphne embarks on her first society season with the goal to find a match, preferably a love match, she catches the eye of Queen Charlotte (Golda Rosheuvel), the ton, the dashing Duke of Hastings aka Simon Bassett (Regé-Jean Page) and mysterious gossip columnist Lady Whistledown (voiced by Julie Andrews). Joining the Bridgerton family in society is the Featherington family, led by mother Portia. Her daughter Penelope, a plus-size redhead with a sweet demeanor and affinity for Colin Briderton, is Eloise’s best friend and takes her lost and alone cousin Marina Thompson under her wing. As Daphne and Simon go from frenemies to more, all these different elements, including Lady Whistledown’s identity come to fruition.

There are eight books in Julia Quinn’s series, starting with The Duke and I. While each book feels contained as it focuses on one singular couple, the show obviously handles multiple storylines at time, but does tend to focus on Simon Bassett and Daphne Bridgerton. Pheobe Dynevor, though very compelling, doesn’t seem to have the overpowering screen presence that some of Shondaland’s other leading ladies have. This could be due to age and experience, but for her character, Dynevor does a good job making Daphne seem multi-dimensional. 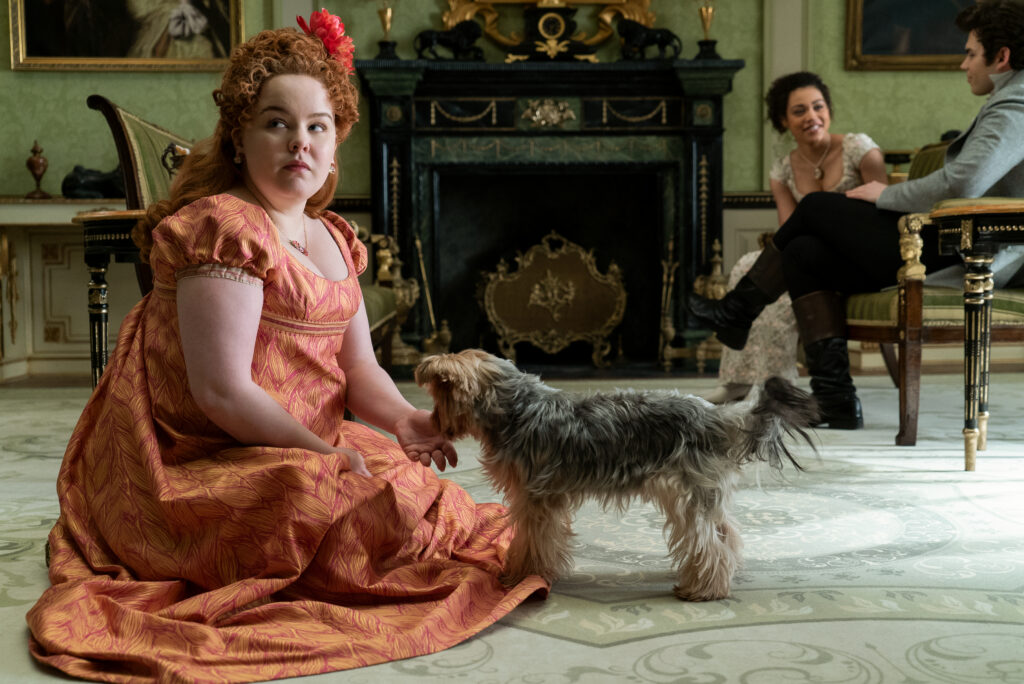 Dynevor leads a powerful female cast. Standouts include Claudia Jessie as Eloise Bridgerton. Smart, funny, and determined not to get married, Jessie’s Eloise is a joy to watch on screen, squeezing comedic moments from every opportunity she can. Derry Girls’ Nicola Coughlan brings a heartbreaking warmth and brightness to Penelope Featherington. Already greenlit for season 2, I cannot wait to see what Coughlan and Jessie do when Bridgerton gives them more screentime .

The books, which were written in the late 90s and 2000s, dealt with some taboo, pre-#metoo, subject matter that wouldn’t have aged well for a 2020 audience. While some plot elements are slightly altered to fit current PC norms, the show’s diversity fits flawlessly into the story. Queen Charlotte, King George III’s wife, is played by a Black woman (the impeccable Golda Rosheuvel). By making this change and altering history, Black people are elevated in the society presented on the show, becoming Dukes, Counts, and even Queens. While there are a few scenes where race is discussed, the show knows that it is a romantic historical drama and tends to focus on gender norms and sex more than anything else. With Penelope’s character, weight and fatness are touched upon, though hopefully explored more in season two. 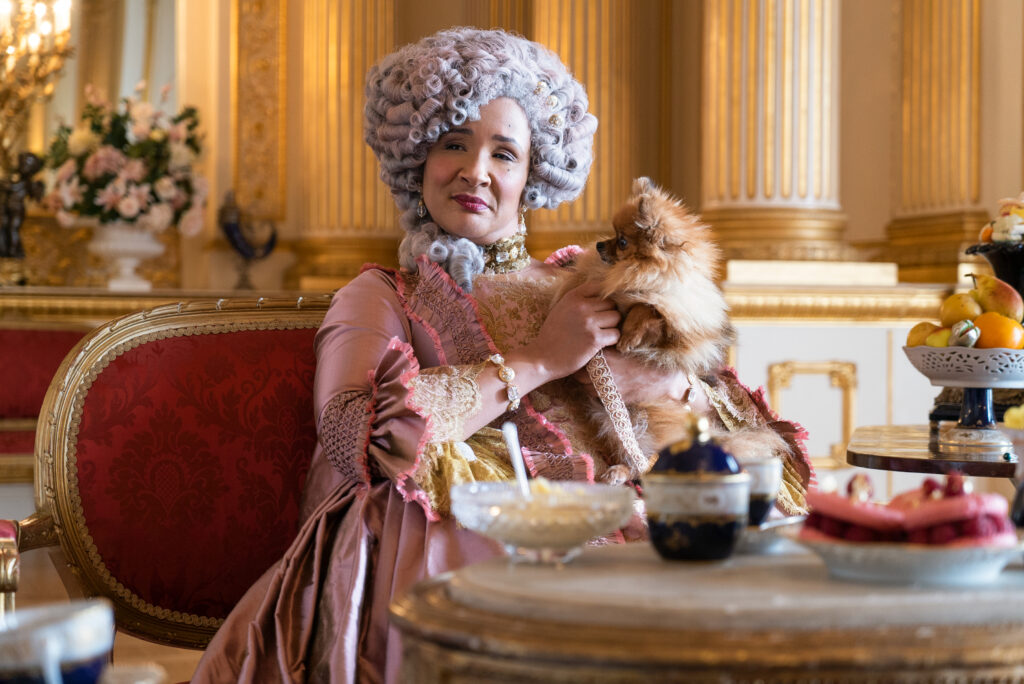 The costume, hair, and production design are immaculate. Modern, yet still somewhat historically accurate, the show’s production team outdid themselves. Its music might be one of the best parts of the show. Led by acclaimed composer Kris Bowers, Bridgerton sticks to music from the period with classical pieces you know and love, then adding at least one orchestral cover of a modern song. Ariana Grande’s “Thank You Next,” Shawn Mendes’ “In My Blood” or Celeste’s “Strange,” all appear beautifully transposed into a classical style.

It’s not all roses though. With so many characters, Bridgerton struggles to incorporate them all effectively in its first season. Some storylines are more effective than others, and like most romance novels, most of their problems could just be solved if the two characters just talked to each other. Is the show perfect? Will it win all the Emmys? No, but it’s entertaining, very sexy (so many sex scenes and they really go for it), and doesn’t feel like a soap opera, like some of Shonda Rhimes’ other shows do.

Bridgerton premieres on Netflix on Christmas Day. Watch the trailer below.