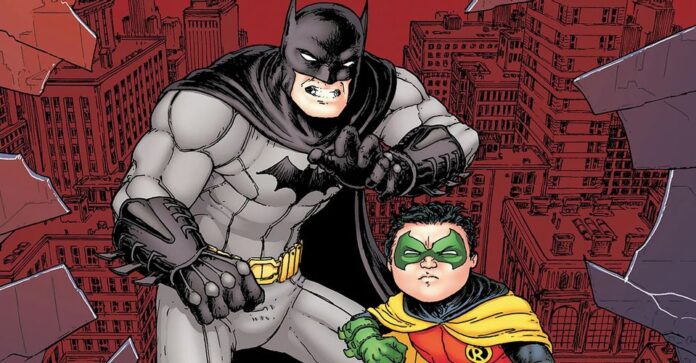 Ok, so when does Robin show up? I heard that question a lot coming out of The Batman, and honestly, who the Hell knows? Does giving Batman a kid sidekick really work in the dark, grounded universe he’s created? Appearing on the Happy Sad Confused podcast, director Matt Reeves didn’t dismiss outright the idea of introducing a Boy Wonder, but he also doesn’t sound gung-ho for it, either…

“Maybe. I’ll just say maybe,” Reeve said. “I don’t know. Here’s the thing, I have a lot of ideas about what I want to do. I’m not sure what the next story is. For me, whatever that story is going to be, it’s going to take these characters, and specifically Batman, and put them in some kind of emotional jeopardy.”

“So, when you talk about what you’re talking about, there may be a really interesting story. There have to be emotional stakes to get drawn into that character’s story. I don’t want that character to become a cypher. I don’t want to be like, ‘Okay, it wasn’t an origin tale, but you know what, that was kind of the origins, and now he’s just perfect.’ No, you need to test the character again and again.”

“For me, there might be something in that. I don’t know. There’s a deep dive that already happened in the beginning and now I’m going to have to deep dive again if we get a chance to make another one, so we shall see.”

It definitely doesn’t make sense to introduce Robin now while Batman is trying to find his own footing. I’m not sure this is the right place for it, and would rather see that attention put towards fleshing out Batman’s enemies and the many levels of corruption in Gotham City.

Could we see Robin in @mattreevesLA’ BATMAN films?

Listen to his answer.

My short answer based on his response: I bet we will and soon. pic.twitter.com/B8JlHVH1tG