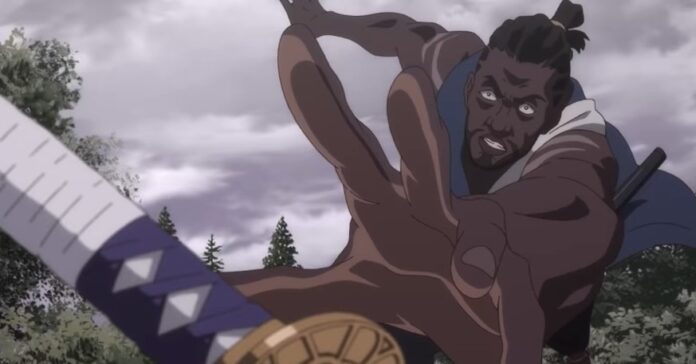 Netflix has delved pretty deep into the realm of anime already, but they take it to another level with Yasuke. The anticipated series brings the Japanese style, appropriately enough, to a samurai series based on the titular real-life figure, regarded as the first-known Black samurai warrior who operated in the 16th-century. Did he fight giant mechs and face magic during that time? Probably not, but who cares when it looks this cool, and has Lakeith Stanfield voicing the warrior.

Here’s the synopsis: The tale is set in a war-torn feudal Japan filled with mechs and magic, the greatest ronin never known, Yasuke, struggles to maintain a peaceful existence after a past life of violence. But when a local village becomes the center of social upheaval between warring daimyo, Yasuke must take up his sword and transport a mysterious child who is the target of dark forces and bloodthirsty warlords.

Also in the voice cast are Takehiro Hira, Maya Tanida, Ming-Na Wen, Paul Nakauchi, Darren Criss, Julie Marcus, William Christopher Stephens, Dia Frampton, Don Donahue, Amy Hill, and Noshi Dalal. Animation is being handled by the same folks behind Attack on Titan: The Final Season, which should make anime fans happy. The series also comes from LeSean Thomas, known for his work on Cannon Busters and The Boondocks. There’s a lot here for animation fans to get hyped up about.