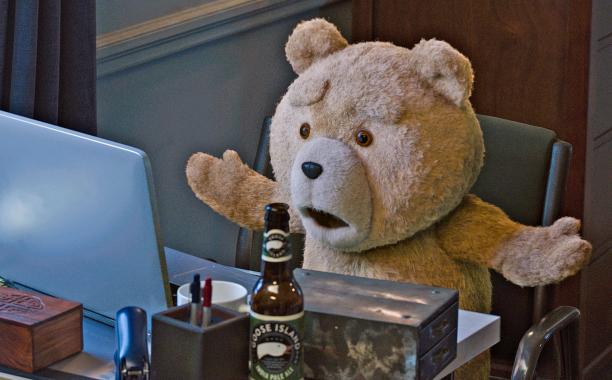 If you’re really into potty-mouthed teddy bears, this news should make your day. Seth MacFarlane is bringing back Ted, not for a third film, but as streaming series on Peacock.

Peacock has announced that they have ordered a season of Ted, which is based on the pair of R-rated comedies written and directed by MacFarlane. He’s in talks to return as the voice of the titular mouthy, oversexed teddy bear who is magically alive and best friends to his human pal, played by Mark Wahlberg. Collectively, the Ted movies made over $750M so you can see why this is a franchise worth keeping alive.

It’s unclear how much creative input MacFarlane will have, but one has to imagine it will be quite a lot. He’s also on board as an exec-producer. This makes for the second series MacFarlane has in the works with Peacock, along with the Bill Nye show The End is Nye.

‘Revenge Of The Nerds’ Reboot In The Works From Seth MacFarlane And The Lucas Bros.