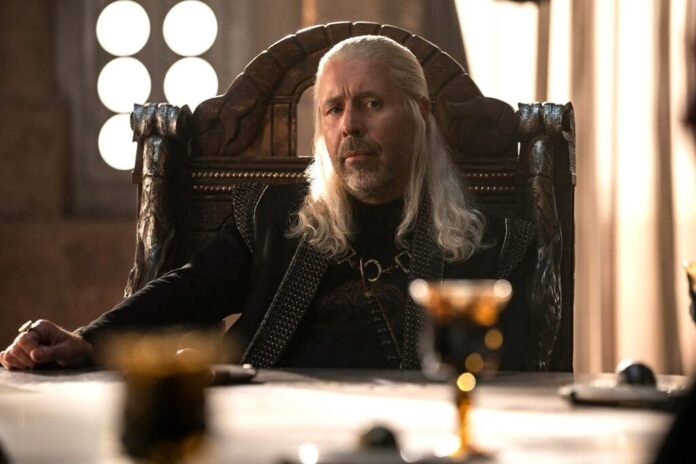 Eager fans frustrated by the TBD 2022 date given to HBO’s Game of Thrones spinoff, House of the Dragon, can rest easy. The anticipated prequel series will now officially arrive on Sunday, August 21st on HBO and HBO Max streaming.

The series is based on George R.R. Martin’s Fire and Blood novel, and centers on House Targaryen 200 years prior to events in A Song of Ice and Fire. The biggest names included, and teased in this footage are Matt Smith as Prince Daemon Targaryen, Paddy Considine as King Viserys Targaryen, Olivia Cooke as Alicent Hightower, and Emma D’Arcy as Princess Rhaenyra Targaryen.

That’s not all, as HBO also dropped a few more images revealing characters in the series. Most prominent of all is Considine, looking very strange with long, blonde flowing hair. It’s just weird.