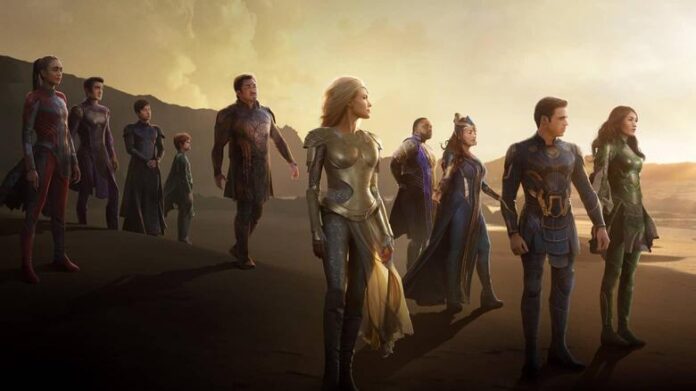 In more than a decade of Marvel Studios movies, some have been incredible. Some…well, not so much. But still, none of them had ever dipped into “Rotten” territory on Rotten Tomatoes, at least until Chloe Zhao’s Eternals, which sits at 47% on the site. Damn.

To me, this is absolutely nuts. Chloe Zhao obviously doesn’t think her film is that bad, either. Following a tweet by Rotten Tomatoes asking if Eternals deserves to be “Rotten”, Zhao put the question to her Instagram stories (via CBR) where followers could chime in.

Does Chloé Zhao's superhero epic #Eternals really deserve to be ranked at the bottom of the #MCU?

Eternals follows the titular group of powerful beings, created thousands of years earlier by the Celestials to defend Earth against the Deviants. The cast was led by Richard Madden, Gemma Chan, Angelina Jolie, Brian Tyree Henry, and more. It was arguably the most star-studded lineup Marvel had ever put on screen, but the film didn’t latch on with audiences, earning $401M worldwide.  That’s not bad, but a bit low for a Marvel Studios movie. Keep in mind this was during the pandemic, and Shang-Chi did only marginally better a couple of months earlier.

You probably know my feelings on this. Eternals is a good film, but so epic in scope that I think fans were confused about what it was supposed to be. Marvel movies are better the easier we can relate to the heroes, and the Eternals are not relatable at all. But is it the worst MCU movie? Hell no. It’s better than at least two Iron Man movies, Hulk, two Thor films, and the first Captain America, plus some others. In the long run I think Eternals will get the credit it deserves.

What do you think? Does Eternals deserve this shameful honor?