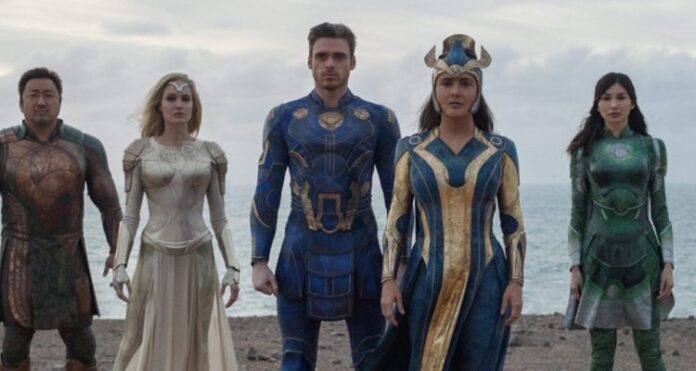 Well, Marvel Studios has entered fresh new territory after more than a decade and 26 movies. Eternals, which has the benefit of a star-studded cast, a grand concept, and Oscar-winning Nomadland director Chloe Zhao, is officially declared “Rotten” by the critics on Rotten Tomatoes. Ouch.

Now, for the record, I won’t actually see it until tomorrow and have not added my two cents, but this is obviously bad news. Even the movies declared the worst of the MCU have fared better; Iron Man 2 sits at 72%, Thor: The Dark World is at 66%, and The Incredible Hulk has 67%. My least favorite Marvel movie? 2011’s Thor? It has a whopping 77%.

Eternals currently sits at 57% and it dropped like two points while I was typing this. So yeah, this ain’t good. To attain a “Fresh” rating a film must be over 60%. Seems like a pretty low bar to cover, doesn’t it?

Reviews have been mixed from pretty much everyone I know who has seen it. Nobody is wildly enthusiastic over it, nor overly harsh. To me, the biggest shock is that this is a Chloe Zhao movie and it may steer her clear from comic book stuff for a while.