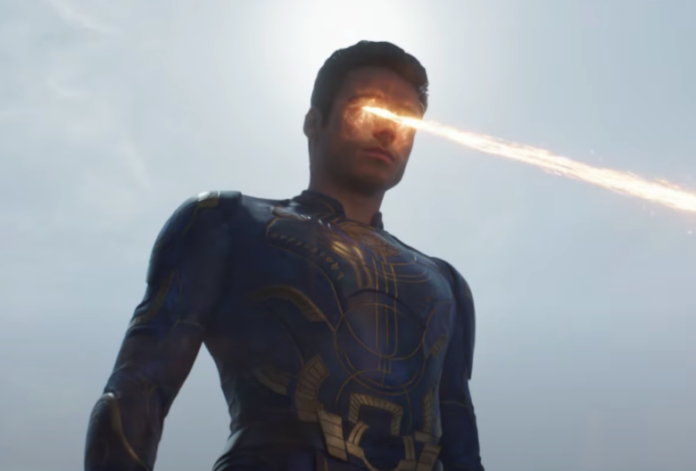 Marvel dropped a  slew of announcements at Comic-Con recently, with projects revealed all the way into Phase 6 and 2025. But there’s a lot that they simply didn’t mention at all, and one of those is a sequel to Eternals. I think unfairly pegged as one of the worst-reviewed Marvel films, it also wasn’t a huge box office success with just $402M worldwide. That said, it came during the pandemic when audiences were still pretty slim. But just because a sequel wasn’t announced, it doesn’t mean one is off the table. Just ask Patton Oswalt.

Oswalt, who appeared in the Eternals post-credits scene as Pip the Troll alongside Harry Styles’ Eros, appeared on The Today Show and…confirmed (?) that a sequel is indeed happening.

“They have announced there’s going to be an Eternals sequel. Chloé Zhao is going to direct it,” said Oswalt. “So, hopefully, there will be more adventures of Starfox and Pip.”

Um, there was no such announcement. So either Oswalt is having some fun with the interviewer, or he’s sadly mistaken, or he’s leaked something Marvel wanted kept secret. Those really are the only three options. It’s also surprising that he said Zhao, who won an Oscar for Nomadland prior to Eternals‘ release, would be coming back. It sorta felt like her time in the MCU would be short.

To be fair, Marvel only announced a handful of projects for Phase 6, including a pair of Avengers movies to cap the overall Multiverse Saga. They left it pretty wide open for an Eternals sequel to fit right in, but I suspect it will be tweaked with a title change (similar to The Marvels) and a slightly different focus.

Next up for Oswalt is the comedy I Love My Dad which opens in theaters today.

Pip the Troll, aka Patton Oswalt was here to talk about #TheEternals and filming with HarryStyles. #todayshow #3rdhourtoday