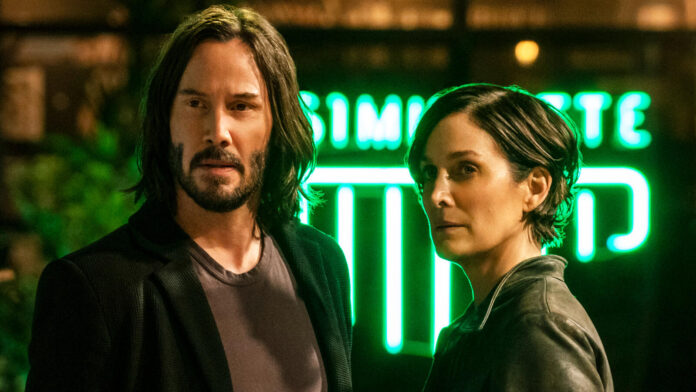 It becomes clear pretty early into The Matrix Resurrections that this is a sequel Lana Wachowski felt compelled to do. Part of it was a genuine desire to put a cap on the love story between Neo and Trinity, springing from the death of her parents. The other part is that Warner Bros. was going to continue the franchise, anyway, and she didn’t trust anybody else to do it.

One might think that’s speculation, but not according to an interview between Collider and Matrix producer James McTeigue. He talks about WB and their attempts to revive the franchise over the years. The one I recall has Michael B. Jordan starring in a reboot from Ready Player One writer Zak Penn.

“Look. I think when you’ve had a franchise with that much potential money-making capability, there’s always talk,” said McTeigue. “It’s in the same way that the Marvel universe repeats and turns in on itself, or you have Spider-Man, or you have Iron Man, or Thor. There’s always potential to update those movies just because of the possibility of making the money and telling new stories. I shouldn’t say it’s just a purely fiscal thought.”

“But yeah, look, there was versions out there, but they hadn’t landed on the right version. So when Lana eventually came back around and said, ‘Look. I’m interested in making another movie,’ of course, they went with the filmmaker who was the genesis of the ‘Matrix.’”

Okay then, so if the plan had been for more sequels, and Lana Wachowski came back to do this one. Does that mean she’ll return for more?

Heh, not on your life.