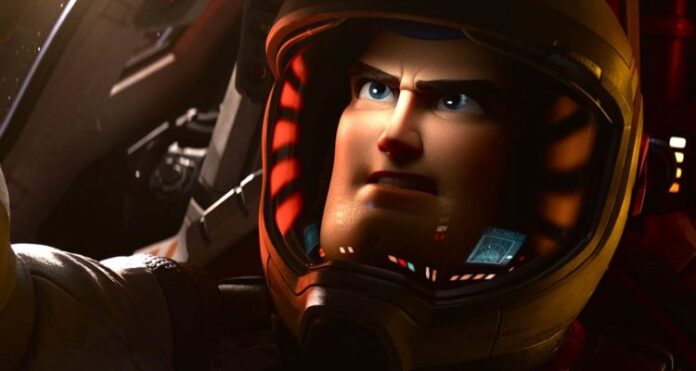 The Toy Story franchise will probably never die. How could it? Toys are forever, and Pixar keeps finding new ways to bring these popular characters back. And so we now have Lightyear, an animated origin story for everyone’s favorite spacey astronaut. Only he’s no longer voiced by Tim Allen, but by Captain America himself, Chris Evans. Glad that guy found a new job, I was getting worried.

“The phrase ‘a dream come true’ gets thrown around a lot, but I’ve never meant it more in my life,” Evans said about the role. “Anyone who knows me knows that my love for animated films runs deep. I can’t believe that I get to be a part of the Pixar family and work with these truly brilliant artists who tell stories unlike anyone else. Watching them work is nothing short of magic. I pinch myself every day.”

Finding Dory co-director Angus MacLane is behind the camera for his first solo shot. He’s familiar with the franchise, having directed the Buzz Lightyear short Small Fry and Toy Story of Terror.

Cinema Royale: Why Are Both ‘Jurassic World Dominion’ And ‘Lightyear’ Both So Forgettable?

Giveaway: Enter To Win Tickets To Disney And Pixar’s ‘Lightyear’